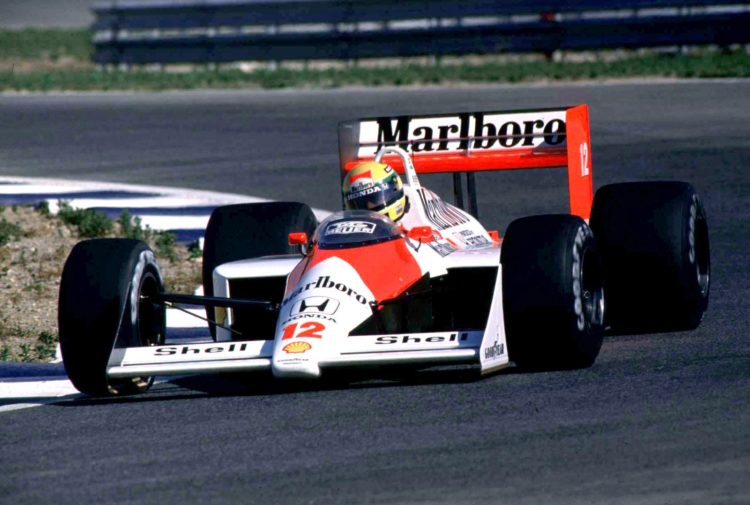 Formula 1, together with partner Amazon Web Services (AWS), has released the findings of its data analysis to determine the ‘Fastest Driver’, with Ayrton Senna coming out on top.

Formula 1 currently has AWS as a partner to provide data-based information and graphics through the course of grand prix weekends.

The ‘Fastest Driver’ has been created by using “machine learning technology to provide an objective, data-driven ranking of all drivers from 1983 through 2019, by removing the F1 car differential from the equation.

Qualifying sessions were used and the outcome sees three-time champion Senna on top, 0.114s ahead of Michael Schumacher, with Lewis Hamilton third, 0.275s in arrears.

Max Verstappen was fourth, in front of Fernando Alonso, Nico Rosberg and Charles Leclerc, while Heikki Kovalainen and Jarno Trulli also made the list, as Sebastian Vettel rounded out the top 10.

In explaining the findings F1 and AWS revealed that “by comparing team-mates in qualifying sessions, the machine learning-based tool focuses on a driver’s performance output, building a network of team-mates across the time-range, all interlinked, and therefore comparable.

“The Fastest Driver algorithm effectively normalises for car and the team performance. Overall, this builds up a picture of how drivers from different generations compare.”

Formula 1’s Director of Data Systems Rob Smedley explained that “within the team environment this type of modelling is used to make key decisions on driver choices.

“As drivers are more often than not the most expensive asset of the team it is important that the selection process is as robust as possible.

“A process such as this therefore would be deployed by the F1 team’s strategists in order to present the most objective and evidence-based selection possible.

“Fastest Driver enables us to build up a picture of how the drivers compare, by analysing the purest indication of raw speed, the qualifying lap – and it’s important to note this pure speed is the only element of the vast driver armoury we are analysing here, to showcase the quickest drivers ever, which is very exciting.”