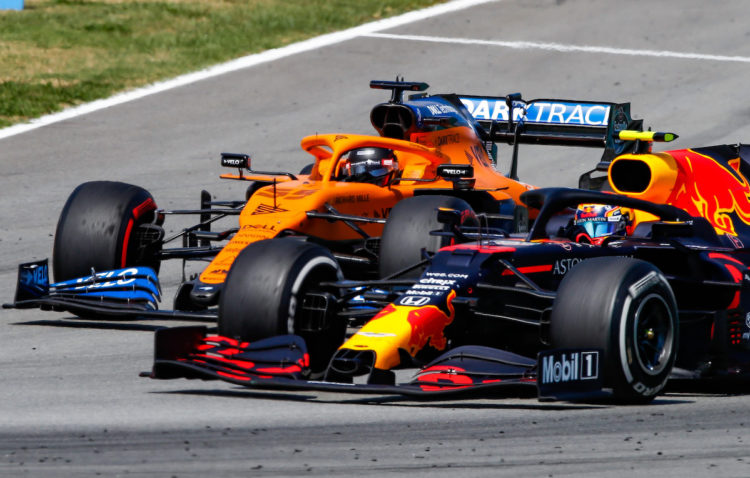 McLaren’s Carlos Sainz ended what he described as a “long run of bad luck” to get back in the points and keep up his record of scoring in every Spanish Grand Prix.

The Spaniard matched his best result in Barcelona as he finished in sixth place, which comes on the back of two point-less Silverstone races and the two races prior to that yielded just five points – one of which came from posting the fastest lap.

Sainz said the race has boosted his and the teams confidence after he was on similar pace to the Racing Point cars.

“It was a good afternoon, particularly with the eight points finally,” he said. “It’s a bit of a relief for me after such a long stint of getting a very long run of bad luck.

“It was a confidence building race, getting the pit stops right, the strategy right. I’d like to thank the whole team also because obviously an engine change makes a bit of a difference.

“We could actually put up a bit of a fight with the Racing Points which was a bit surprising because they were very fast out there and at the end of the race we nearly gave them a headache with the lap times we were doing, so happy about that and definitely a confidence building weekend.”

Sainz feels that he could have challenged for fifth had he not lost time letting Max Verstappen through to lap him, after finishing just a handful of seconds behind the penalised Sergio Perez.

“We wanted to go on the attack, we were very clear that the hard tyre on our car doesn’t work. So we need to go on a soft or medium for the last stint,” he said of their tyre strategy.

“We went soft then soft, so we could attack which meant we were in a decent place towards the end of the stint and then I had a clean last stint.

“It was a shame because I got lapped by Verstappen eight laps before the end and lost two or three seconds, which in the end cost me my position with Checo. But still, P6 and good points.”

Sainz moved up to ninth in the standings as a result of the eight points scored, but still sits 16 points adrift of McLaren team-mate Lando Norris.