Ocon yet to hit 2018 performance level following F1 year out 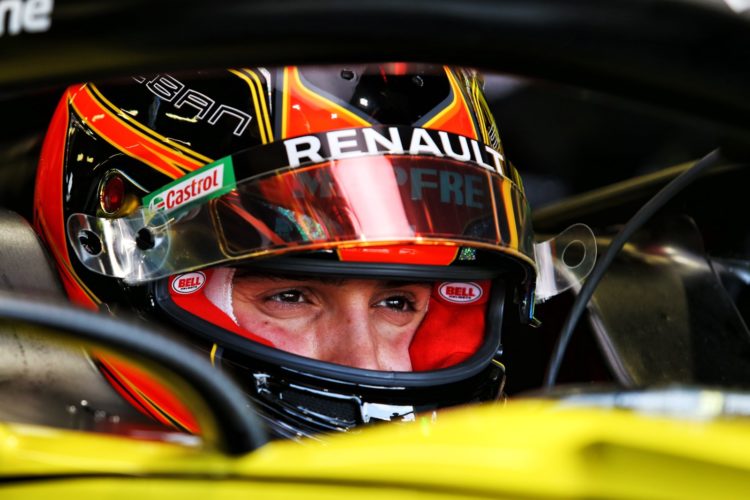 Renault driver Esteban Ocon says he is still getting back up to speed in Formula 1 and is not yet at the level of performance compared to his first stint in the championship.

Ocon joined Formula 1 mid-2016 with Manor and spent two years racing for Force India, but sat out the 2019 campaign after losing his seat to Lance Stroll.

Ocon returned to the grid with Renault this year but has yet to out-qualify team-mate Daniel Ricciardo, having finished ahead only in the rain-drenched Styrian GP session.

Ocon has amassed 16 points to the 20 gathered by Ricciardo, classifying a best of sixth at the British Grand Prix, as he profited from late tyre drama for rivals.

“I think there is still a lot more to come,” said Ocon ahead of this weekend’s Spanish Grand Prix.

“I do not feel like I am at the level I was at the end of 2018 yet. I still feel like I could improve on a few things and feel more comfortable in some areas as well in the team.

“It is getting better; all the routine is coming back and everything. I am also settling in more and more with the team, which is great, but we need to sort out our qualifying, like we had last week.

“As soon as we have that I feel very good in the race, but we still need to get on top of those qualifying [sessions].

Ocon stressed that he expected the current situation on account of missing the 2019 season.

“I always thought that it was going to be a little bit difficult to jump back in,” he said.

“So I’m pretty happy with the beginning of my season. I have scored points. We were there in Q3s, I qualified fifth in Austria. It is quite good the start, but of course I always want more.”