Portimao confirmed as 2020 MotoGP finale venue, to be resurfaced ahead of event 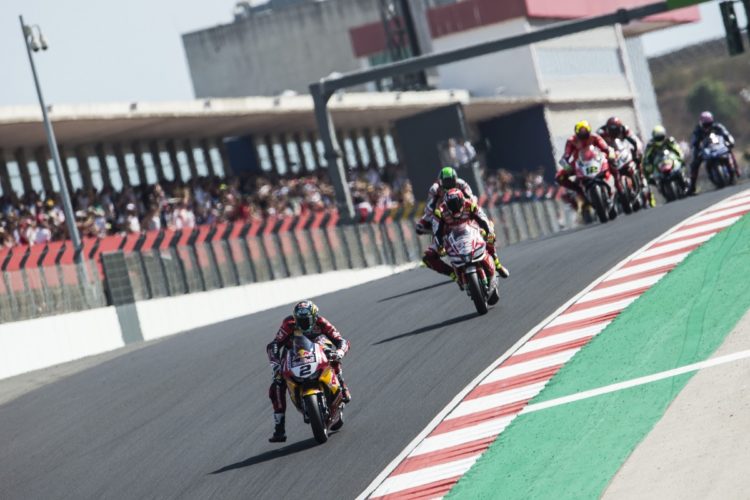 MotoGP organisers Dorna have finally confirmed that the Algarve International Circuit in Portugal will hold the 2020 season finale in November.

The entire ’20 calendar has seen a radical shift due to the ongoing global Covid-19 pandemic, with all overseas races canned for this season to create an all European schedule.

Dorna announced last week that the final flyaway events due to be held in Thailand and Malaysia had been cancelled for this year, and that the final European race that would complete the 15 round calendar on the 20th to 22nd of November would be announced this week.

The news means grand prix motorcycle racing returns to Portugal for the first time since 2012, when Casey Stoner won the contest held at Estoril for Honda.

It has also been confirmed that the track will be completely resurfaced in for when the MotoGP circus arrives, the circuit having never been resurfaced since completing construction in ‘08.

The ’20 season finale will mark the first time the Algarve International Circuit has held a MotoGP event, although the venue has hosted a World Superbike meeting every year since ‘08.

Dorna CEO Carmelo Ezpeleta says MotoGP is “extremely happy” to be returning to competition in Portugal for the first time in eight years, the Spaniard describing the event as an “amazing possibility”.

“It’s big news for us, we signed an agreement in 2017 with Portimao to be the reserve circuit for any kinds of cancellations, and we’ve been in contact with them all this time,” said Ezpeleta.

“We’ve been to Portimao with Superbike and we think it’s an amazing possibility for us, and also in the agreement is that the track will be resurfaced after the Superbike round.

“When we explained this to the riders they were excited because they’ve seen the track on TV, but we’ve never been there.

“Portugal has a long history in our sport and there have been some historic battles in Estoril.

“It’s something very good for us to have the possibility to go back to Portugal, especially with Miguel Oliveira participating as it’s great to have a Portuguese rider able to compete in his own country.

“We are extremely happy to be racing in Portimao at the end of the year.”