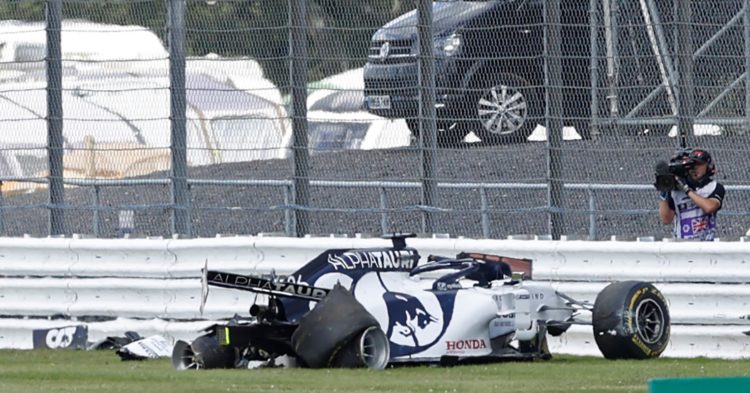 AlphaTauri driver Kvyat was running in the midfield during the early stages of the race at Silverstone when he speared off the circuit and into the wall at Maggots.

Kvyat was shaken but uninjured in the accident and AlphaTauri boss Franz Tost later suggested that a puncture was at fault, with video footage showing a rear-right failure.

“The tyre is going to Milan because it was not possible to understand exactly what happened on that tyre, it is probably something that is not related to the tyre or is a slow puncture, the most probable conclusion is this one.

“The tyre is not in great condition, as you can imagine, it’s quite destroyed, but thanks to our laboratory [we can] do microscopic analysis and go inside elements of the tyre and have more careful analysis, so I’m confident that we can find the reason.

“But I’m not 100 per cent sure that it was a tyre failure, that’s the important thing to explain.

“The tyre is broken, for sure, and we have to understand because sometimes, for example – and don’t take this as an assumption – you have a rim that is broken, and if the rim is broken you lose air immediately, it looks like a tyre failure but it’s not a tyre failure.

“So we need to be 100 per cent sure and that’s why the tyre is travelling to Milan.”