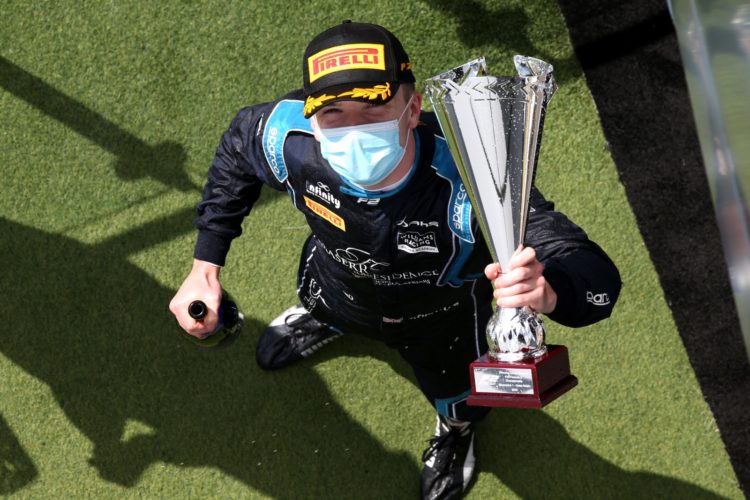 Formula 2 driver Dan Ticktum believes his form in the championship this year acts as an answer to “doubters” as he chases a seat in Formula 1.

Ticktum, who was banned from motorsport for a year in 2015 after deliberately taking out a rival under Safety Car conditions in MSA Formula, claimed victory in Formula 2’s Sprint Race at Silverstone.

It was his first major victory since his Macau Grand Prix triumph in 2018.

Ticktum was a member of Red Bull’s young driver scheme, and tested its Formula 1 machinery last year, but was then dropped by the company.

For 2020 Ticktum signed to compete for DAMS in Formula 2 and also joined Williams’ driver academy.

He now holds fifth in the Drivers’ Championship off the back of his Silverstone victory and suggested his form acts a riposte to Red Bull and its motorsport consultant Helmut Marko.

“A lot of people will know my career hasn’t been plain sailing, let’s say,” he said.

“My last big win was Macau. So yeah, there’s a significance in that. I don’t want to go too much into my past but obviously being dropped by Red Bull is a big blow to your career.

“To get yourself into a team that’s won the championship in F2 the year after being dropped is, you know, let’s say they believe in me which is always a nice feeling.

“To start delivering results as well is kind of… I don’t know the choice of words I need to be a bit careful here! But I think everyone knows what I’m getting at, it sort of proves his doubt in me wrong let’s say. So there we go. It’s a nice feeling for lots of reasons, let’s just say that.”

Ticktum reckons his results in 2020 have shown that his disrupted 2019 campaign – in which he stepped down to Formula 3 level machinery after his axe from Super Formula – has not affected his development.

“I think my reputation hasn’t been fabulous let’s say,” he added.

“Going into this year I knew that I had some stuff to work on but I believe I’m ahead of what a lot of people perceive me as.

“So this year is very much trying to prove that actually I could be good enough for Formula 1, I am a complete enough driver to manage things and take things onboard and learn quickly and adapt and all the things you need to be in Formula 1.

“Because I definitely had some doubters, obviously, as everyone knows, so this year is about proving I am a complete enough or a complete package that an F1 team would be seeking.”