Norris hails ‘one of my best laps’ after earlier struggles 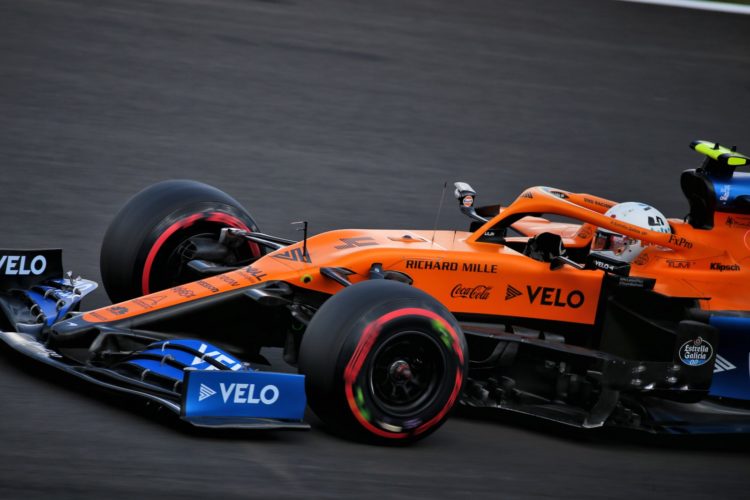 McLaren’s Lando Norris described his qualifying effort for Formula 1’s British Grand Prix as one of his best as he secured fifth place on the grid.

Norris maintained his record of having made Q3 at each race this year though conceded he did not feel comfortable through the session in spite of his lofty end result.

“It was a bit of a scrappy qualifying,” said Norris.

“I went off on my first lap in Q1. I lost the rhythm a little bit, which was a bit frustrating. I was always behind Carlos [Sainz] in Q1 and Q2, always trying to catch up and get into a good rhythm.

“I only really did that in Q3, luckily. We were on the edge in Q1 and Q2, so a little bit nervous, but in Q3 I managed to put it together and put on I don’t know if it was my best lap ever, but one of my best laps, which I’m very happy to do especially here in my home race.”

Norris opened his 2020 account with a podium in Austria but shot down suggestions of a repeat, believing converting his grid position would be a welcome result.

“The Mercedes are in another league,” said Norris.

“In Austria we were a bit closer, the shortest lap of the year so there may be we did have a chance, especially with all the safety cars.

“I’m not to say no, but if you look at our pace were not as confident of magic happening and getting on the podium.

“If I can finish around where I am then I’ll be happy with that. You never know, they could all crash in Turn 1 and I would come out in the lead so I will bank on that.”