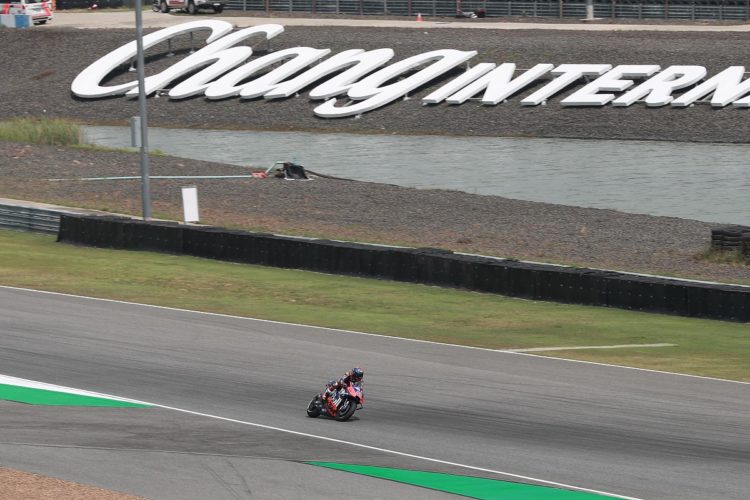 MotoGP organisers Dorna have confirmed a final 15-round calendar for the 2020 schedule, with a finale at a so far undisclosed circuit confirmed to be announced soon.

Dorna also confirmed that the Argentina, Thailand and Malaysian events have all been cancelled for this season, meaning all rounds will take place in Europe.

All three events were previously postponed as a result of the Covid-19 global pandemic, but while Argentina was always expected to go it was thought both the Thai and Malaysian contests had a relatively realistic shot at going ahead.

In better news for the Thai event though, Dorna confirmed a deal had been reached for the meeting to continue on the MotoGP calendar until at least the ’26 season, while ’21 dates for both the Argentine and Malaysian races are under discussion.

The other 14 scheduled rounds remain unchanged, but will now be joined by a final 15th race over the 20th-22nd November weekend, with the venue to be announced on the 10th August.

“It is with great sadness that we announce the cancellation of the Argentina, Thailand and Malaysian Grands Prix this season, and they will be very much missed on the 2020 calendar,” said Dorna CEO Carmelo Ezpeleta.

“The passion of the fans who often travel across continents to enjoy MotoGP with us in Termas de Rio Hondo, Buriram and Sepang is incredible, creating as they do such an incredible atmosphere and welcome for the sport.

“However, we are delighted to add another Grand Prix in Europe to the 2020 calendar, and reveal our new agreement that will see MotoGP racing in Thailand and Buriram until at least 2026.

“We are very much looking forward to returning to Thailand, Argentina and Malaysia next year and as always, I would like to thank the fans for their patience and understanding.”

The cancellation of the Argentina, Malaysia and Thai encounters means that a total of 12 races have been canned from the original ’20 schedule, the majority being made up of secondary visits to European events already due to take place.