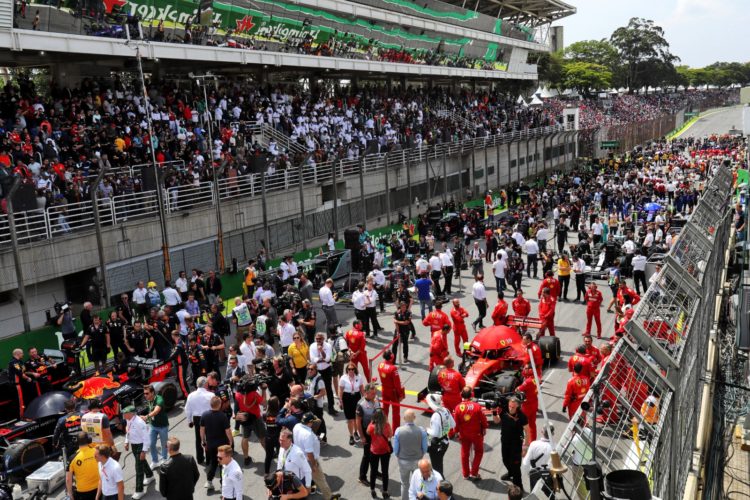 São Paulo’s mayor says conditions in Brazil would have been safe enough to hold a grand prix as originally scheduled in November, following the event’s cancellation for 2020.

Formula 1 announced on Friday that all four American events – Canada, the United States, Mexico and Brazil – will not go ahead this season.

In a statement it cited “the fluid nature of the ongoing Covid-19 pandemic, local restrictions, and the importance of keeping communities and our colleagues safe” in opting to abandon the American leg of the 2020 season.

Formula 1 has instead added events with rounds in Germany and Portugal, along with a further event in Italy.

A championship event has been held annually in Brazil since 1973, with São Paulo’s Interlagos circuit the permanent host for the last 30 years, when it replaced Rio de Janeiro’s Jacarepagua.

Brazil has been one of the countries hardest hit by the coronavirus pandemic but São Paulo mayor Bruno Covas believes an event in mid-November would have been feasible.

“We, over the past few weeks, have sent all the data to the organisation of the event showing that the reality of the city of São Paulo and the State is quite different from the Brazilian reality,” said Covas.

“The projection shows that, in November, we will be in a much better situation than the European countries where there are grands prix.”

Covas also confirmed that discussions are ongoing to ensure Interlagos remains on the Formula 1 calendar into the 2020s.

Its contract was due to expire following the 2020 event.

Brazil’s President Jair Bolsonaro has previously declared that the country’s Formula 1 event could be moved to a yet-to-be-built circuit in Deodoro, Rio de Janeiro, which has already secured a five-year MotoGP deal from 2022.

Friday’s announcement brought the number of grands prix cancelled up to 11, with the American rounds joining Australia, the Netherlands, Monaco, Azerbaijan, France, Singapore and Japan.