Only Bottas can prevent a Hamilton title, say Ferrari drivers 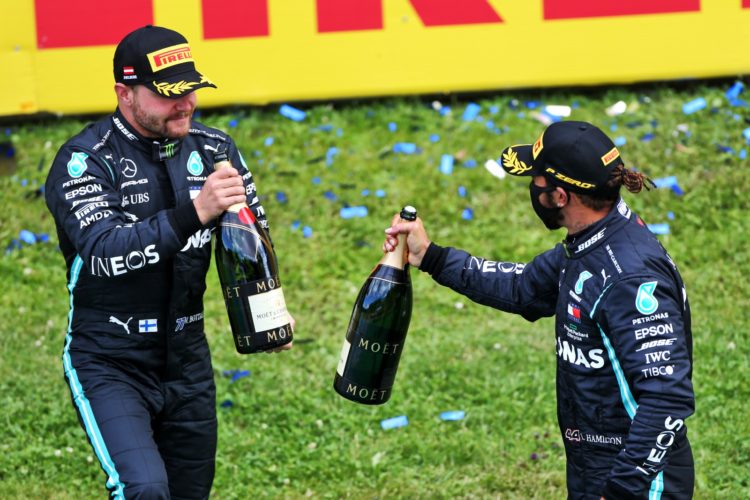 Valtteri Bottas is the only driver who can prevent Lewis Hamilton from marching to a seventh Formula 1 title, according to Ferrari’s Sebastian Vettel and Charles Leclerc.

Six-time World Champion Hamilton has won the last three titles, securing them before the final round on each occasion.

Hamilton has taken two wins from two pole positions so far in 2020 to open a five-point advantage over Mercedes team-mate Bottas after three rounds.

Bottas triumphed from pole position at the season-opening round in Austria before finishing second in Styria and third in Hungary.

Red Bull’s Max Verstappen is the highest non-Mercedes driver in the championship, though has already fallen 30 points behind Hamilton, having suffered a retirement in Austria.

When asked whether they could see a scenario whereby Hamilton does not win the title, Vettel replied: “If Valtteri wins the championship.

Added Leclerc: “I think Lewis is the main contender, but as Seb said, the only one who could probably stop him doing that is Valtteri.”

Mercedes last failed to win a Formula 1 title back in 2013, when then-Red Bull racer Vettel secured his – and the team’s – fourth successive championship.

Hamilton’s run of titles in the hybrid era has only been interrupted by Nico Rosberg, who retired after a 2016 campaign in which he beat his Mercedes team-mate by five points.

Leclerc is already 45 points behind Hamilton, with Vettel 54 points down on the reigning World Champion, in the wake of Ferrari’s poor start to the campaign and ongoing struggles with its SF1000.