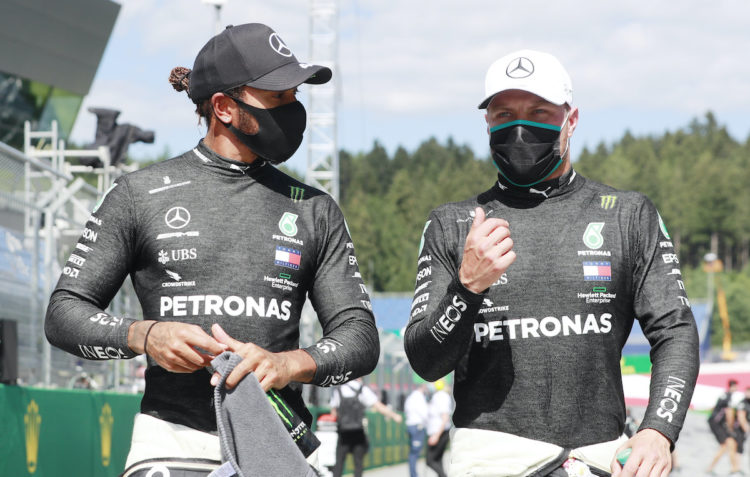 Although Bottas got off to a good start this season, he has since fallen behind Hamilton who has dominated the last two races to claim the points lead as he charges towards a joint-record seven titles, to match Michael Schumacher.

Ferrari’s Sebastian Vettel and Charles Leclerc both concurred that Bottas is the only driver who can stop Hamilton this year given Mercedes’ pace advantage.

Hill agrees and says Bottas must find another level if he’s to beat Hamilton – something he has failed to achieve since becoming Hamilton’s team-mate in 2017 – including employing mind tricks which some believe was the key to Nico Rosberg beating Hamilton in 2016.

“He just needs to find out how to pile pressure on Lewis,” Hill said, speaking in the latest F1 Nation podcast.

“If that means, I don’t know, doing psychological stuff that Nico alluded to, to make Lewis lose his equilibrium, maybe he has to do that.

“It’s finding a way to unlock that next level. I don’t know if you can psychologically unlock the next level – I think every driver’s got it but it’s accessing it.

“People like Lewis can get there. They might even have another level that they haven’t even been to themselves yet, that’s the worrying thing.

“I don’t know whether Lewis has actually been pushed that hard sometimes. I don’t know about Valtteri, but he’s got to find something, [some] inspiration from somewhere.

“Frankly, I don’t know what you do to upset Lewis. He seems pretty impregnable.”