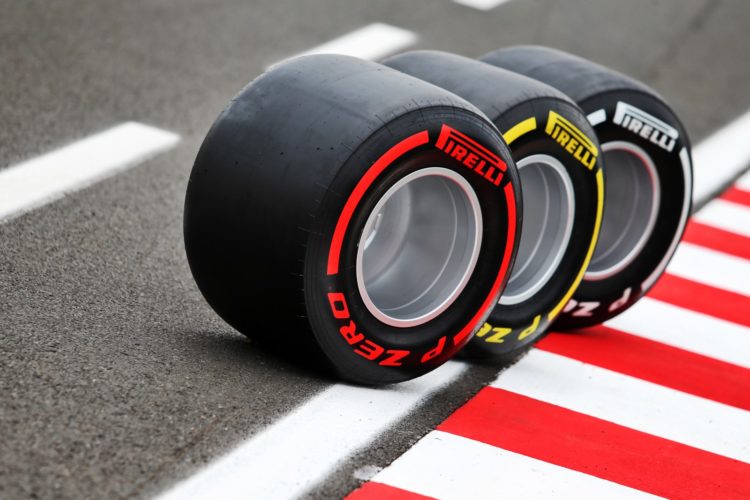 Pirelli has confirmed the dry-weather tyre compounds that it will bring to September’s grands prix in Italy and Russia.

Pirelli has a range of five compounds available, ranging from C1s to C5s, and chooses three for every grand prix.

Its compounds for 2020 are the same as for 2019 after teams rejected the updated specification following last year’s post-season Abu Dhabi tyre test.

The Ferrari-owned Mugello circuit will host a grand prix for the first time in its history on September 13.

The venue features a range of medium- and high-speed corners and as a consequence Pirelli has nominated the C1s, C2s and C3s.

It mirrors the choice of compounds made for the British and Spanish grands prix.

Conversely for F1’s annual visit to Russia’s Sochi Autodrom the softest compounds will be used.

It will mark the first time this year that the C5 will be used at a grand prix, owing to the absence of other venues – such as Monaco and Singapore – where the softest compounds are typically run.

Formula 1 has yet to announce the composition of its calendar after Russia.

Further events are expected at Hockenheim, Imola and Portimao, with Bahrain and Abu Dhabi concluding the season, which is set to finish in mid-December.

The championship is set to avoid America entirely while the prospect of visiting Asia has substantially reduced in recent weeks.