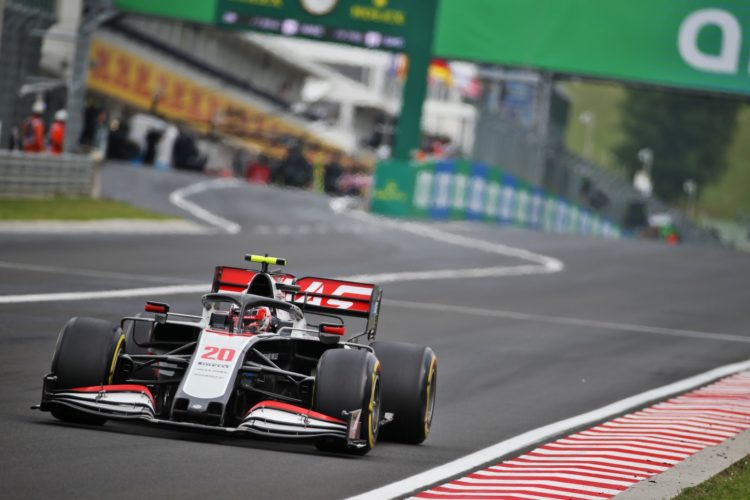 Haas’ first points of the 2020 Formula 1 season are under threat after the team was summoned to explain an alleged rule breach at the Hungarian Grand Prix.

Haas has endured a troubled start to the campaign and suffered a double retirement in Austria, due to brake issues, before managing 12th and 13th at the same venue a week later.

Kevin Magnussen and Romain Grosjean were due to start from 16th and 18th respectively at the Hungaroring on Sunday.

Magnussen took the Wet tyres, with Grosjean on Intermediates, but both were called in to change to Medium rubber at the end of the formation lap as Haas gambled on the circuit rapidly drying.

As rivals ahead came in during the early stages of the race Magnussen and Grosjean surged up the order to third and fourth respectively.

Grosjean dropped out of the top 10, having struggled with front wing damage that was sustained while battling Alexander Albon, but Magnussen held on to secure ninth spot.

However post-race a document was issued summoning Haas to explain an alleged breach of Article 27.1 of the Sporting Regulations, which states that the driver must drive the car alone and unaided.

The alleged breach took place on the formation lap.

No further information was provided.