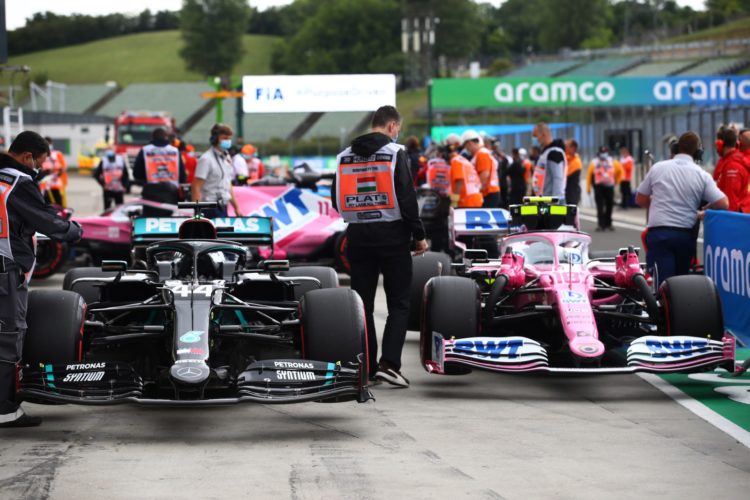 Only Mercedes, Ferrari and Red Bull have taken victories in Formula 1’s hybrid era while in recent years a division has opened up between the leading three teams and the rest of the field.

Outside of those three squads only AlphaTauri (as Toro Rosso) and McLaren scored podium finishes last season.

Formula 1 is introducing a cost cap from 2021 targeted at levelling the playing field while new regulations will be brought in for the 2022 season.

Racing Point has shown strong speed with its RP20 this season, the design of which was heavily influenced by the Mercedes W10, which won last year’s title.

The FIA is currently investigating the legality of the RP20’s brake ducts, following a protest lodged by Renault, but Racing Point has asserted that it has complied with all Formula 1 regulations, and owns all the intellectual property of its car.

Racing Point has emerged as Mercedes’ primary opponent at this weekend’s Hungarian Grand Prix and will line up on the second row of the grid, with Lance Stroll third and Sergio Perez fourth.

“They seem to have re-engineered our car, they have bought non-listed parts from us last year and they are just doing a good job,” said Wolff on Saturday.

“I think like [FIA’s Head of Single-Seater Matters] Nikolas Tombazis has formulated it, it is less of a technical discussion and more of a philosophical discussion.

“It is about whether the smaller teams should be allowed to be supplied parts by the bigger teams for less R&D and the bigger teams to make some business out of it or should everyone develop their own chassis and R&D, which as a consequence would probably mean there is a two-tier society even with a cost cap.

“All the complaining we heard last year that the smaller teams are never able to compete for pole positions, for podiums and race wins is being, how do you say, shown it’s absurd because Racing Point is right up there, faster in some corners than we are and it’s a good challenge to see that.

“I have no doubt that Racing Point will be a hard nut to crack on some of the circuits for us as well.

“So, take the right decisions and deploy your resources where you think they are well deployed and I think you can have a quick car.

“I am happy there is a process in place that will clarify those regulations and make it transparent for all stakeholders, what the FIA and FOM wish to happen in the future, and then we move on from that.”