Vettel coy on rumours, in no hurry to decide F1 future 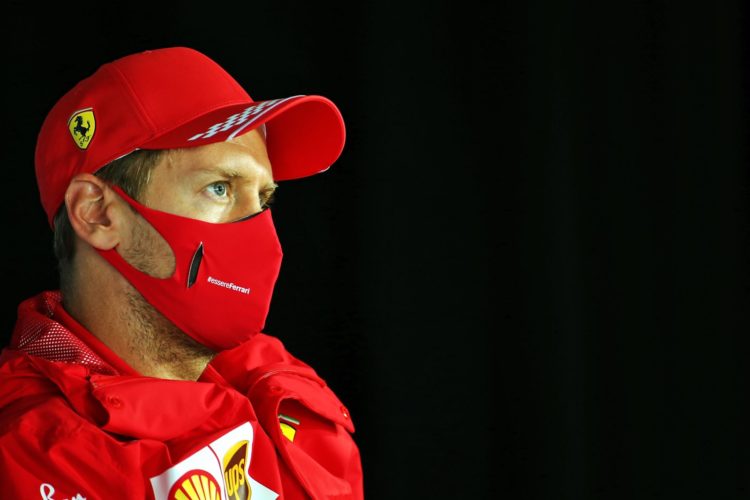 Sebastian Vettel has insisted he is “not pressured” to make any decisions regarding his Formula 1 future, in the wake of rumours linking him to Racing Point.

Vettel will leave Ferrari at the end of the 2020 season and has previously outlined his desire to continue in Formula 1.

Mercedes is expected to retain its drivers while McLaren and Renault have both completed its 2021 line-up, and Red Bull last week ruled Vettel out of contention.

It has left Racing Point as ostensibly the leading option for Vettel, amid speculation that he has an offer to join for next year, in place of Sergio Perez.

“Well I think rumours are called rumours for a reason” said Vettel ahead of this weekend’s Hungarian Grand Prix.

“Anyway, now only a couple of days after Austria, there’s not much that has changed. The fact is there is no news.

“When it comes to myself, no news, nothing has changed in a week. I said last time it will probably take some time, most importantly for myself to make the decision, the right decision for myself.

“Once there is something to say, I think that will be the right time in future to do so.

When asked by MotorsportWeek.com whether Red Bull’s swift action to rule him out for a 2021 seat was disappointing he said: “No, as far as I can see, they have two drivers there. It’s not a surprise. All I said was my honest and open opinion.

“Coming back again, it would depend what options there are, what I want to do, and find the best solution for myself.”

Vettel nonetheless revealed for the first time that he has held discussions with Racing Point’s management over a potential future at the team.

“I said last week I have been in talks with Renault for example, so it’s also just talks,” he said.

“At a later stage with anyone I think then it would become a bit more concrete. But the truth is that there is nothing to announce and nothing more concrete than loose talks.”