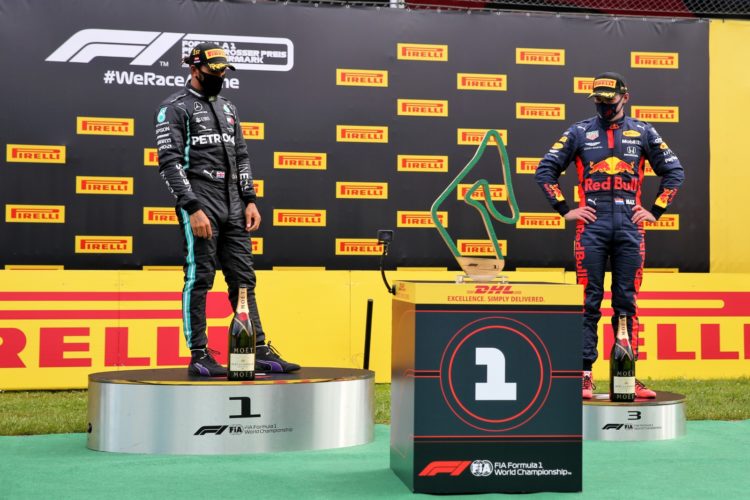 World Champion Lewis Hamilton described Formula 1’s Styrian Grand Prix podium ceremony as “weird” and the remote-controlled boxes that delivered the trophies as “over the top.”

Formula 1 has not held its traditional podium ceremonies in 2020 owing to the social distancing measures and new hygiene protocols following the coronavirus outbreak.

The podium has been moved to the pit straight, rather than above the pit lane, with no dignitaries – usually local politicians or sponsors – in attendance.

At the first event in Austria the top three drivers, along with a representative from the winning Constructor, were given their trophies by Formula 1’s Master of Podium Ceremonies Alexandre Molina.

But at the second event, and after it was trialled in Formula 2, four remote-controlled boxes were used to present the trophies.

“I thought it was weird, I would have preferred them to just to throw it to me or something,” said race winner Hamilton.

“It’s a really, really weird time, while you’re in the work zone, everything seems normal, driving and racing.

“But it really hit me at the end when I got out of the car and there’s no atmosphere, you miss the fans, it just shows how big the fans make a difference.

“I really missed it for that moment, you usually share it with those that follow you, and who don’t, we didn’t have that.

“The boxes arriving with the trophy just feels odd, definitely a bit OTT in my view as everyone here has been tested and wear gloves and all that kind of stuff.”

Formula 1’s opening eight events are due to take place without spectators though organisers of the Russian Grand Prix, scheduled for late September, have outlined that they will be open to fans. 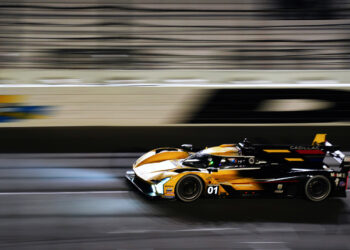