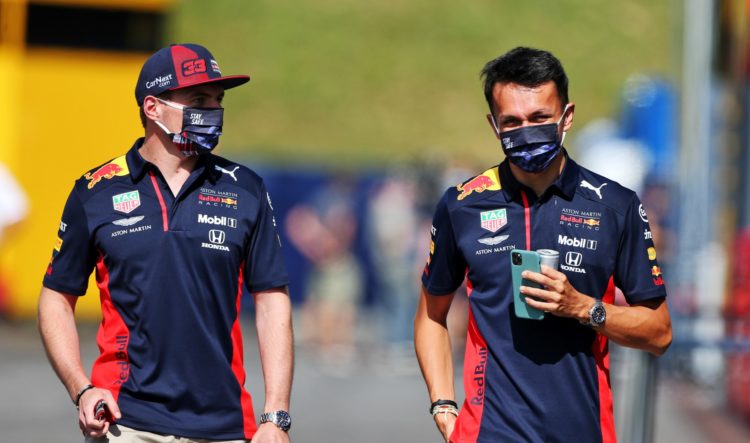 Max Verstappen says Red Bull has no reason to alter its driver line-up for the 2021 Formula 1 campaign, believing Alexander Albon is an ideal fit for the team.

Albon is the third driver to have partnered Verstappen in as many years, following the departure of Daniel Ricciardo and Pierre Gasly’s short-lived tenure at the team.

Outgoing Ferrari driver Sebastian Vettel has indicated that he would be open to a return to Red Bull should the team offer him a contract for 2021.

But Verstappen, who is tied to Red Bull through 2023, says he sees no motive for undertaking a driver change in the short-term.

“I think at the moment the team is very happy with both of us and I’m happy with Alex as a team-mate,” said Verstappen.

“He’s first of all a very nice guy in the team, it’s good for everyone, he’s good with set-up, we both have good feedback with the team, and he’s a fast guy.

“I don’t think there is any reason to change and I think Christian [Horner] and Helmut [Marko] can back that up. It’s also not up to me at the end of the day to decide these things.”

Verstappen retired from last weekend’s season-opening Austrian Grand Prix but was best-placed to challenge Mercedes, having run second early on, after qualifying third.

Verstappen, though, was over half a second down on Valtteri Bottas in Q3, a gap the Dutchman reckons can be halved at the Styrian Grand Prix if Red Bull optimises its performance.

“If you look at the data there are not many corners where we are slower, most of them we are faster, but I wasn’t really happy with the balance throughout the whole corner,” he said.

“Here you need quite a bit of confidence to push around the high-speed corners so I just need to figure out how we can make it a bit more balanced, I’m sure we can be closer, I don’t say we will beat them but if we can be within two-three tenths in qualifying it’s definitely game on in the race.”