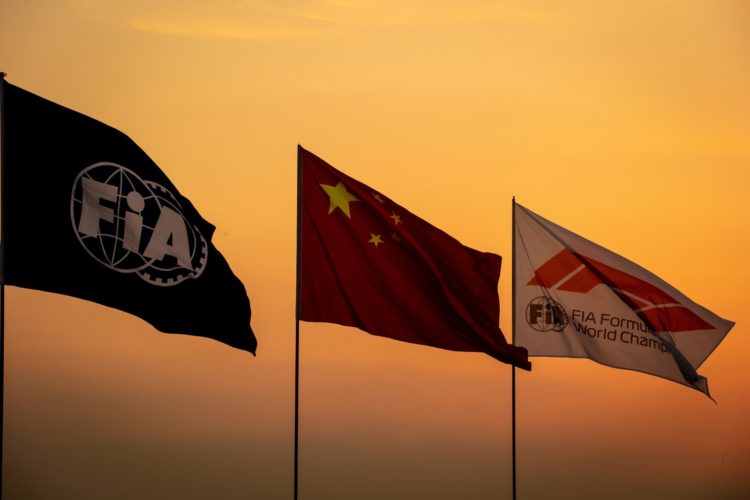 China’s hopes of being included on Formula 1’s rescheduled 2020 calendar have reduced in the wake a decree issued by its sporting authority this week.

Formula 1’s Chinese Grand Prix has been held at the Shanghai International Circuit, on the outskirts of the city, since 2004.

It became the first 2020 event to be postponed due to the coronavirus pandemic, the effect of which has since caused major revisions to the calendar.

Formula 1 organisers are seeking to hold between 15 and 18 races this year, with Mugello and Portimao poised to join the calendar, with provisional dates of September 13 and October 4, and Bahrain and Abu Dhabi lined up to hold the final events.

Bahrain, which was originally set to take place in March, is set to join Austria’s Red Bull Ring and Britain’s Silverstone in hosting two rounds.

Formula 1 submitted a proposal for Shanghai to hold two rounds but while it is understood authorities in the country were only keen to have one grand prix even this is now in doubt.

A decree issued by the General Administration of Sport this week outlined that preparation events for the 2022 Winter Olympics, due to be held in Beijing, will take priority.

It has also been agreed that major events such as activities relating to the National Winter Games, yet to be rescheduled, and the Asian Beach Games, due to be held in the Chinese city of Sanya in late November and early December, will provisionally be allowed.

It also stated that “no other international sports events or activities will take place in principle within this year, except for important events, including testing events for Beijing Winter Olympic Games.”

That ostensibly rules Formula 1 out of consideration but it is not yet clear whether an exemption would be granted for the championship to visit in November.

Formula 1 is one of Shanghai’s main annual sporting events, along with the Shanghai Masters tennis event, which remains scheduled for mid-October.

Of the original 22 grands prix only seven have been officially cancelled – Australia, the Netherlands, Monaco, Azerbaijan, France, Singapore and Japan – though several more are due to follow.

Formula 1 is thought unlikely to venture to the western hemisphere due to the severity of the coronavirus crisis in the United States, Mexico City and Brazil, while the early onset of Canada’s winter may scupper plans to reschedule that event.