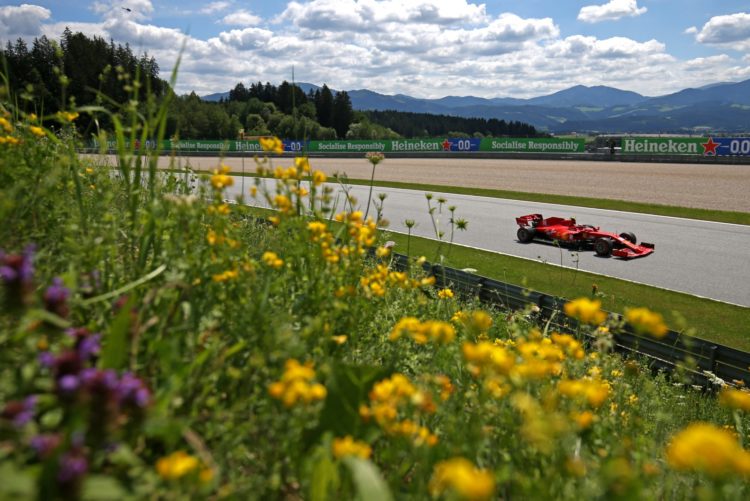 Charles Leclerc has issued a rallying cry to Ferrari, urging the squad to remain motivated, in the wake of a dismal display during qualifying in Austria.

Ferrari expected to struggle at the Red Bull Ring after admitting that it had altered its aerodynamic development in the wake of assessing its pre-season test results.

But with upgrades not set to debut until the Hungarian Grand Prix Ferrari’s SF1000 is still running in pre-season specification.

At a circuit where he claimed pole position in 2019 Leclerc qualified only seventh, nine-tenths slower than last year’s Q3 lap, while Sebastian Vettel was knocked out in Q2.

“Unfortunately this is where we are at the moment, so we need to work and start building a better car for the future,” said Leclerc.

“We cannot get demoralised by today’s result but, for sure, today’s result is not what we were expecting, we’re not even close to where we expected to be.

“But we have to keep on working as a team, to try and find improvements in every single detail, as that can make a big difference, seeing how closely packed we all are.

“It’s tomorrow that we can score points, for sure we’re not expecting miracles, they won’t come, for sure, but we’ll do the best we can with what we have and continue to work the best we can for the coming races.”

Ferrari boss Mattia Binotto accepted that the squad’s performance was even worse than anticipated.

“There’s no point denying that was a disappointing qualifying session,” he said.

“We knew the start of the season would be difficult for us and today’s result certainly confirmed that to be the case, even more so than we had expected.

“We have to analyse very carefully every aspect of our performance and compare it to the opposition, trying to understand why there is this gap.”