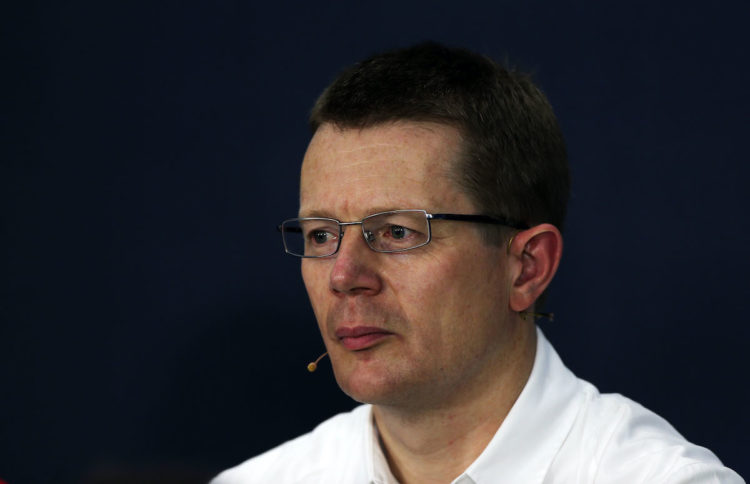 News that Mercedes engine chief Andy Cowell has agreed to leave the company after 16 years surprised the Formula 1 fraternity, and has understandably led to speculations as to where he might end up.

One of the men behind the dominant power units of the hybrid generation would of course be valuable to any engine manufacturer, both inside and outside of Formula 1, but there’s only one destination that “really makes sense” if Cowell wishes to remain involved in the pinnacle of motorsport.

It’s not Ferrari, Honda nor Renault according to renowned F1 journalist Joe Saward, but Aston Martin.

Although Aston Martin currently has no public plans to produce its own F1 engine, it has begun developing its own in-house power unit for its upcoming hypercar, the Valhalla.

The car will be powered by a turbocharged 3.0-litre V6 with plug-in hybrid capabilities and will be Aston Martin’s first in-house designed and developed engine since 1968.

This therefore leads to the question, could the British manufacturer take what it learns and apply it to a 1.6-litre hybrid V6 engine, capable of powering an F1 car, which of course Aston Martin will have two of next season when Racing Point is rebranded.

According to Saward who, although admits it is pure speculation, believes it could be a possibility if the company truly wants a ‘works team’ capable of winning races, which with a customer engine is unlikely.

“Aston Martin is now owned by an ambitious new group of investors and is running its own factory team,” he wrote in his business newsletter, JSBM.

“In order to win races it needs to cease being a customer team and while it would be expensive to invest in an engine of its own, it does make sense for Aston Martin to do that.

“It would thus make a lot of sense for the company to have its own F1-spec 1.6-litre hybrid turbocharged V6 to not only promote the brand but also to be used in future road cars.

“If one wants to cut corners and get a competitive engine as quickly as possible, the best thing to do is to hire the man who knows how to do it and could produce a suitable engine for 2022 or 2023, which would mean that the engine could have three or four seasons of F1 before the rules change for 2026.

“This is entirely speculation, but such a deal is the only thing that really makes sense if Cowell is aiming to stay involved in F1…”

In Cowell’s statement upon announcing his departure from Mercedes High Performance Powertrains (HPP), he said he is “seeking a new engineering business challenge”, and what better way of challenging yourself than helping to develop an engine that beats your own?