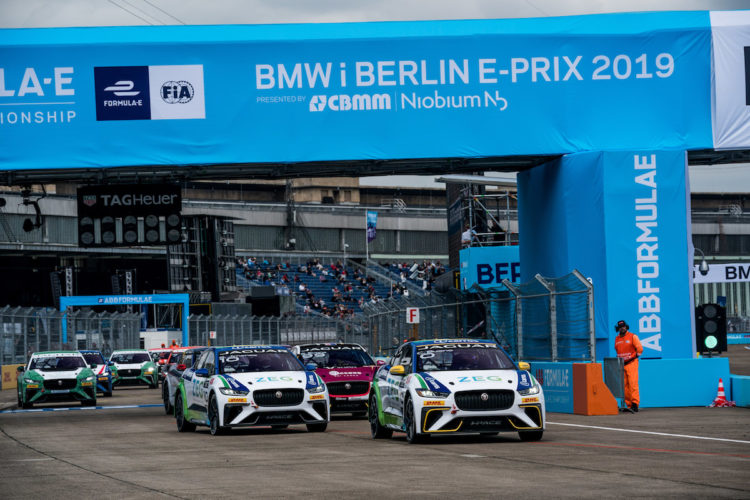 Following the announcement of the return of the ABB FIA Formula E Championship this August, the Jaguar I-PACE eTROPHY will also take to the track in Berlin where it will see out its final season.

Making its debut in December 2018, the I-PACE eTROPHY championship became the world’s first international-level all-electric production car series, however, will not be renewed for a third season as a result of the economic impact of the coronavirus pandemic.

Alongside Formula E’s six-race plan to conclude the 2019/20 season, the support category will run seven rounds over nine days at the end of which, two champions will be crowned.

On August 9, a ‘Reverse Grid’ race will be run for the first time in the series, the order of which will be determined by each driver’s average finishing position in previous races at the Tempelhof Circuit in the German capital.

“The whole team is delighted to get the Jaguar I-PACE eTROPHY back on track in Germany,” said Series Manager Mark Turner.

“Having paused the season since Mexico City in February our entrants and series partners are extremely excited to watch some close all-electric racing once again in Berlin.

“We as a team are working closely with the FIA and Formula E to ensure we remain aware and compliant of the ever changing COVID-19 situation.

“We would like to thank the many people involved in trying to find a workable solution at this challenging time for sport and in particular the Formula E organisers.”

“I can’t wait to get back out in the I-PACE eTROPHY in Berlin and defend my title!” said the Brazilian. “With so many cancelled and postponed sports at this time I am thrilled to be able to get back to the track.

“It’s been hard having no live racing in our lives over the last few months and I think I can speak for all my fellow entrants that we are ready to give 100 per cent in Berlin and provide a spectacle in front of a live TV audience.”

As per previous races in the series, VIP drivers will be present in Berlin with the series’ full line-up set to be announced soon.