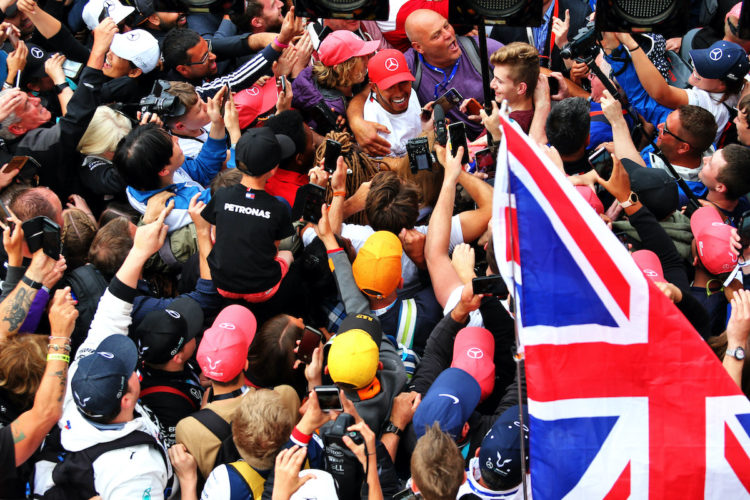 SIlverstone Circuit boss Stuart Pringle is hopeful that being “top of the bill” this summer will help to attract new fans to Formula 1.

The British Grand Prix has, in previous seasons, clashed with some major sporting events such as the Wimbledon Men’s Final, as well as Football World Cup matches.

However this year, because of the delay to the start of the season and a reshuffled calendar, the British GP and the 70th Anniversary GP – both of which will be held at the Northamptonshire circuit – will be the main sporting events with the Olympics delayed, Wimbledon and The Open cancelled and the Premier League in recess.

With the race taking up a prime time slot, Pringle hopes it will attract new ‘sports fans’.

“Making an afternoon of sport is an amazing live event, being able to flick the giant screens over,” he told BBC Radio 5 Live.

“We have been central to some of the great sporting weekends of the summer in recent years, but I do think that by being top of the bill this summer, hopefully we may introduce some [new] people [to F1].

“We all love our own sport and sometimes we don’t try other sports. And actually if you’re a sports fan, just getting stuck into something is a great experience.

“It’s great to get sport back up and running and I’m sure we will pick up some new people.”

Both races will be without fans and will be run under strange circumstances, but Pringle says his team are familiar with challenging conditions.

“I’m confident we will get everything ready. As a team at Silverstone we are used to changing our plans or having to deal with difficult, dynamic situations,” he added.

“We have some real challenges – in 2018 our MotoGP grand prix got rained off on the Sunday. In 2012 we had a stinking wet F1 race. Many people in the team were working at the one in 2000, which was a mud bath.

“We are used to dealing with challenges and we have plans for multiple scenarios, but all of them need to be finessed over the next few weeks and my colleagues are working extremely hard on them as we speak.”