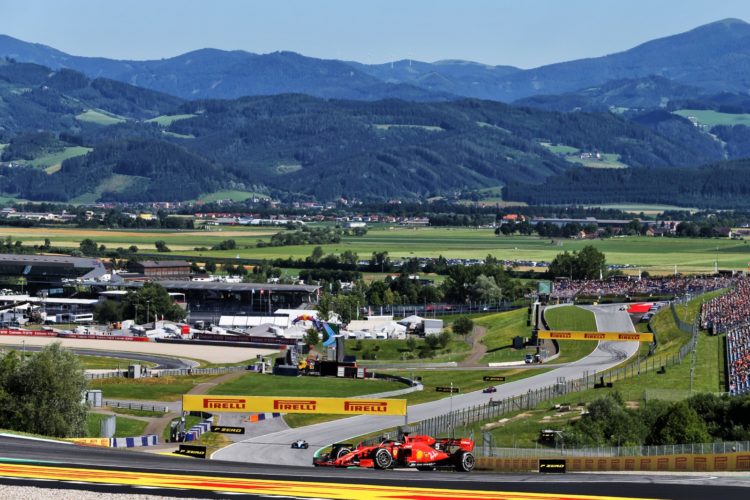 Austria’s Health Minister has approved Formula 1’s plans to race in the country in July, acting as a major boost in the championship’s attempts to get the season underway at the Red Bull Ring.

Formula 1 has been working on a plan for several weeks to open its delayed 2020 campaign at the Red Bull-owned facility, and has been in discussions with the relevant authorities.

It has proposed keeping Formula 1 paddock personnel in a ‘biosphere’, chartering private flights to the adjacent Zeltweg Airfield, and ensuring the personnel permitted to attend are kept in separate hotels.

Motorhomes will be prohibited, teams will not be allowed to interact, while the Red Bull Ring will organise catering facilities.

No spectators will be permitted entry to the event.

Austria’s national Health Ministry confirmed on Saturday that Formula 1’s proposal “meets the concepts” laid out by the government.

The races are due to take place on July 5 and 12 at the venue which has hosted Formula 1 grands prix since 2014.

“The organiser has presented a concept for implementation that is based on the special requirements of the Formula 1 GP and the necessary protective measures against the spread of the corona virus,” said Health Minister Rudolf Anschober.

“In addition to strict hygiene measures, the concept also provides for regular tests and health checks for the teams and all other employees, as well as a specific medical concept.

“For the Ministry of Health, the concept fulfills the requirements for preventing the spread of the Corona virus after a detailed review by the company’s experts – the crucial factor is the close coordination between the organiser and regional and local health authorities.

“As with the agreement on a special concept for the implementation of the [Austrian Football] Bundesliga, which we see as a model project for team sports, it was also possible to design a very specific regulation with a high level of protection.”

Formula 1 is set to reveal the revised European leg of its 2020 calendar early next week.

It is understood that a round in Hungary will take place after the back-to-back races in Austria, with two races in Britain penciled in for August.

The rounds in Britain remain subject to government approval, and an exemption from the 14-day quarantine period, as well as the development of the virus itself.

The postponed Spanish Grand Prix is set to be held in mid-August, with the expectation that events in Belgium and Italy – behind closed doors – can take place on their original dates.