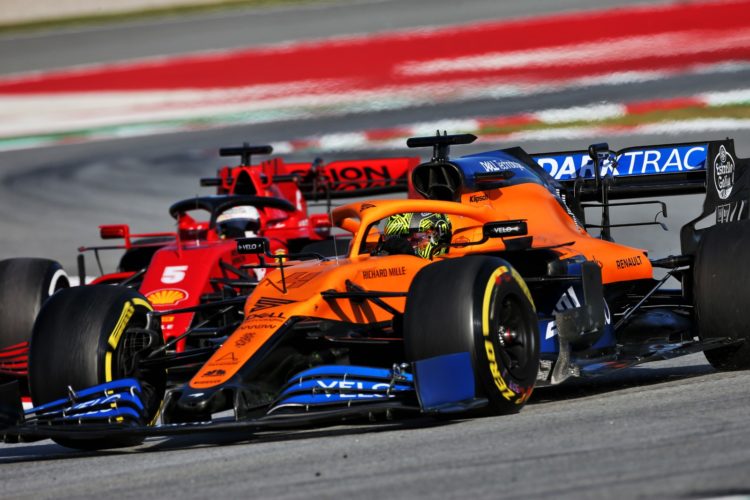 Four-time World Champion Sebastian Vettel was never under consideration for a 2021 Formula 1 seat at McLaren, the team’s CEO Zak Brown has revealed.

Ferrari confirmed on Tuesday that Vettel will leave the team after 2020 and 48 hours later it announced Carlos Sainz Jr. as his replacement.

McLaren had already tried to poach Daniel Ricciardo mid-2018, prior to the Australian committing to a two-year Renault deal, and on Thursday announced him as Sainz Jr.’s successor.

It completes McLaren’s 2021 driver line-up, with Lando Norris retained for another season.

“But I think we were pretty far down the path in the off-season and knew we would either land with Daniel or Carlos.

“We never really entertained anyone beyond that, and especially with Seb’s late breaking news – we were pretty far down the path at that point.”

Brown believes the lack of options available to Vettel may prompt his retirement.

“And the next question is does Seb want to go with a team that is probably not going to win in 2021?

“It’s a great team and they too should be moving up the grid but I think unless Seb wants to restart a journey with a team that’s back on a journey, then I think he’ll end up probably leaving the sport unfortunately.”