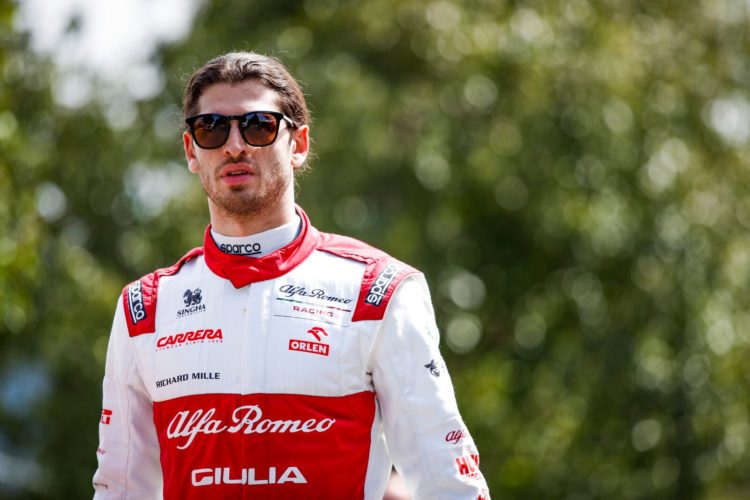 A 2021 Ferrari Formula 1 seat came too soon for Antonio Giovinazzi, according to team boss Mattia Binotto, who insists the Italian remains part of its plans.

Giovinazzi has been affiliated with Ferrari since 2017, when he became its reserve driver, leading to tests in its Formula 1 machinery, alongside extensive simulator duties.

He also represented the manufacturer at the Le Mans 24 Hours in 2018.

Giovinazzi made his full-time Formula 1 debut for Alfa Romeo in 2019, replacing Ferrari-bound Charles Leclerc, with the marque having an influence over one of the team’s seats.

He scored 14 points, peaking with a best result of fifth, achieved at the penultimate round of the season in Brazil.

It was announced on Tuesday that Sebastian Vettel and Ferrari would part company after the 2020 season, opening a vacancy alongside Leclerc, but 48 hours later Carlos Sainz Jr. was confirmed on a two-year deal.

Speaking to Sky Sport Italia, Binotto said that “Antonio is a boy whom I respect a lot.

“Last year he made his first season in Formula 1, switching to Ferrari after a year I think it requires too much responsibility.

“He has to keep his shoulders [high], we count on his growth and we will help him. He is part of our plans, but he still has to experience [more] in F1.”

Giovinazzi will compete again for Alfa Romeo in Formula 1 this season, alongside 2007 World Champion Kimi Raikkonen.

Both Ilott and Schumacher were handed Formula 1 tests last year.