Hamilton: Melbourne cancellation was ‘a shock to the system’ 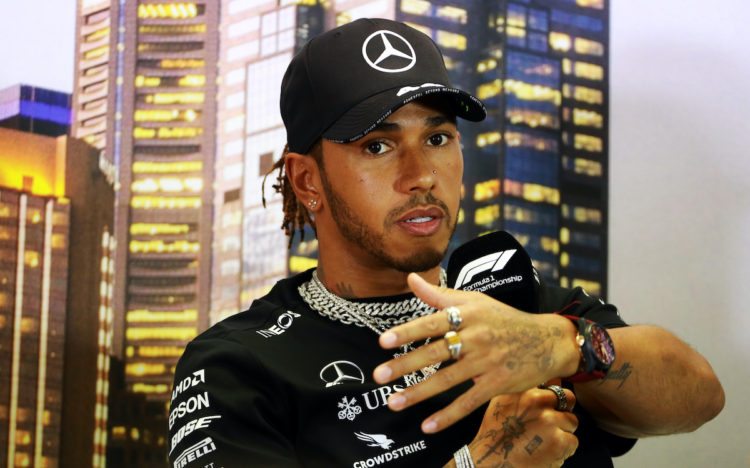 Lewis Hamilton says the cancellation of the Australian Grand Prix at such short notice was “a shock to the system”, and revealed how he has been keeping busy in lockdown.

The Formula 1 community travelled to Australia for the season-opening round in mid-March but the event was abandoned just two hours before practice due to the coronavirus pandemic.

It means Formula 1 drivers have not raced since last year’s curtain closer in Abu Dhabi, on December 1, and face a prolonged wait until the planned revised first round in Austria, on July 5.

“It’s not that it’s frustrating, I think it was a real shock to the system,” Hamilton said during a video interview produced by Mercedes.

“Obviously on that Thursday as I had commented my opinion on whether we have been there and then to wake up the next day, honestly with excitement that I’m going to be getting in the car and then to hear we’re not going to be going to the track, it was very surreal and wasn’t quite sure whether it was going to happen.

“You miss practice one and then practice two went, and qualifying went, but I stayed there through the weekend.

“It was tough, because it’s my 14th year, and every year I know how to get straight into the zone, I know what preparation means or how to be there and ready for that first race, so that we start off better than ever.

“Each year you’re refining that, to try and be better each year and start on the right foot… and we didn’t get to race.”

Hamilton also revealed that in addition to maintaining fitness levels, and linking up with some drivers on gaming platforms, he has turned his attention to expanding his vocabulary.

“I’ve always wanted to learn a language and I still don’t know any other language, it’s embarrassing, and I feel it’s probably similar for other people,” he said.

“I aced French at school, the only thing I aced, so going on this online course, the thing is it’s a six-week course and you’re supposed to do half an hour a day, and when I do things I do them to the extreme so I sat down and did one week in two hours basically, just doing one week a day!

“So I was already at like week four by the fourth day and my mind I was so stressed, and wasn’t enjoying it, so then I stopped, and tried to get back into it!”