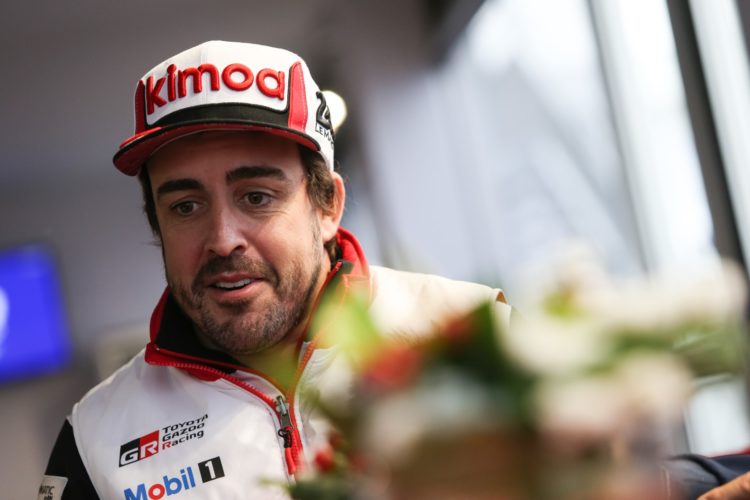 Fernando Alonso says he “more or less knows” his 2021 racing programme, distancing himself from the notion of returning to Formula 1 in the short-term.

Double Formula 1 World Champion Alonso walked away from Formula 1 at the end of 2018 and has not raced full-time since the conclusion of the 2018/19 World Endurance Championship season.

He has previously indicated that Formula 1’s new regulations might tempt him back into the championship, but the introduction of the revised rules has now been delayed until 2022.

Alonso made his Dakar Rally debut in January and is due to race for McLaren at this year’s Indianapolis 500, which is provisionally scheduled for August, but has no other racing plans confirmed.

“It’s something I’ve been answering since 2018 when I did my last race in Abu Dhabi,” Alonso said on the prospect of a Formula 1 return, during an Instagram Live interview with the official Le Mans 24 Hours channel.

“We announced that I was not on the grid in ’19 because I wanted to experience something else like the WEC, Le Mans, Daytona, maybe Dakar one day – that happened this year.

“After 18 years of that routine and pressure on your shoulders, I needed to breathe a little out of that environment.

“I said, ‘look, in the 2021 there are new rules, so I may come’ as it may be more interesting and the cars will be more balanced. Maybe I’m hungry to travel again.

“It’s true that F1 has delayed the rules to ’22, so that’s bad news for the sport because I think they need to balance the cars and have these new rules as soon as possible but it’s a choice that’s understandable because of the current situation as they couldn’t develop the new cars to the full potential.

“So next year in my personal case I know more or less what I’m doing and you will know very soon. I can say no more.”