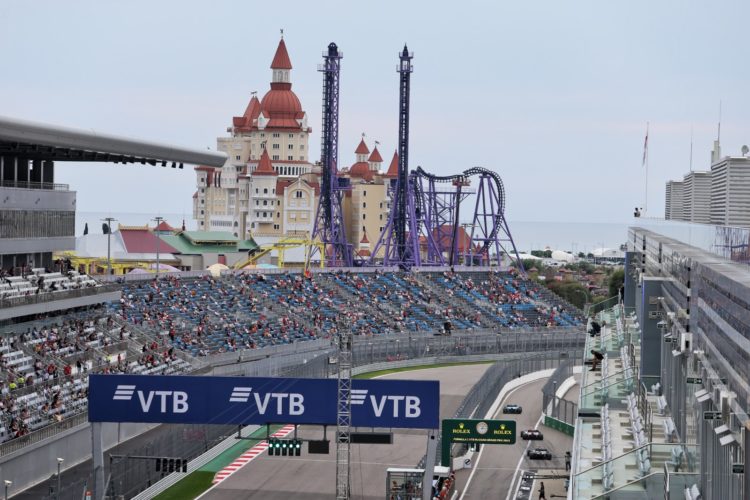 Organisers of the Russian Grand Prix say they want to retain their original race date on Formula 1’s revised 2020 calendar.

Russia has been a fixture on the Formula 1 schedule since 2014, with the event taking place at the Sochi Autodrom, adjacent to the Black Sea in Adler.

Russia’s grand prix has typically been held early in the sequence of late-season flyaways, with the 2020 race scheduled for September 27.

Formula 1 is currently on hiatus until July due to the coronavirus pandemic and is intending to return to competition with events in Austria and Britain.

It hopes to hold further rounds in Europe, before taking in visits to ‘Eurasia’ and Asia thereafter, followed by an American leg, concluding in Bahrain and Abu Dhabi in December.

“We are going ahead with preparations for the Formula 1 Russian Grand Prix, scheduled for 24-27 September,” race promoter ROSGONKI told MotorsportWeek.com.

“We would like to keep the dates of the 2020 Russian Grand Prix, because a large number of fans have already purchased tickets, and the end of September is a great time for the race.

“If that [a new date] is absolutely necessary, we are ready to look at alternatives.”

It added that it was “ready to hold several races, provided that we are informed of a need for this in advance” by Formula 1, with two races per country currently outlined to begin the season in Austria and Britain.

The promoter also assured that “most employees are working remotely” and that “only the services necessary for the operation of the facility are at the circuit.”

It was keen to stress that “even under quarantine, there are some stages of the event organisation that can be completed without leaving home, so by September we will be ready for the race.”

Russia has suffered a sharp rise in confirmed coronavirus cases across the past few days, prompting President Vladimir Putin to extend current measures in the country.