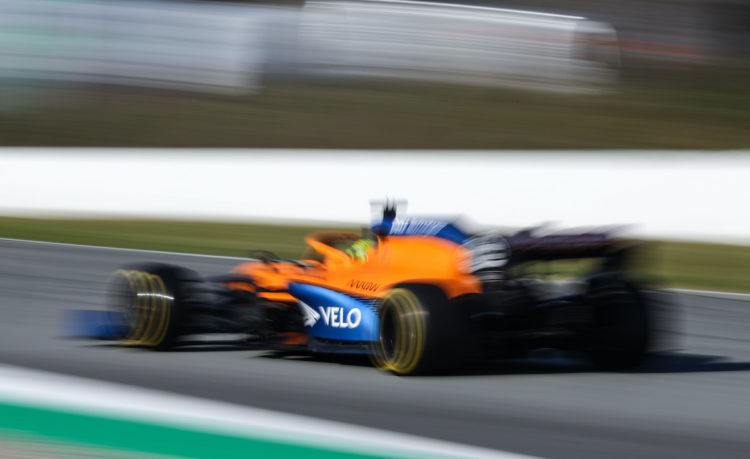 McLaren’s Lando Norris says his body will be in for a shock when he finally gets back into a Formula 1 car for the first time.

With the 2020 season yet to start because of the coronavirus pandemic and an expected return to racing more than two months away, drivers won’t have turned a wheel in anger since the 2019 season-closing Abu Dhabi Grand Prix, which is a gap of more than 220 days.

Although they completed pre-season testing prior to the current lockdown, drivers don’t tend to be pushed for more than a couple of laps as teams look to hide their true performance whilst sticking to a strict development programme.

When the season does finally get underway – the Austrian GP has been pencilled in for July 5th as a starting point – there will be no test session, leaving a gap of more than four months since the 2020 cars saw a track and the drivers will have to dive straight into practice, which Norris expects will be a shock to the system no matter how well prepared you are.

“I’ve been focusing on the things I can focus on, which is my training, physically, trying to keep that up from pre-season testing, especially because when you go back into driving, it’s going to be a shock for the body,” he said during an F1 live event on Instagram.

“To be able to go from doing nothing – not even testing or driving an F3 car or any car of any sort – it’s literally going from driving a road car, and I’ve not even done that that much, to jumping in to one of the fastest cars in the world, It’s a big shock…”

He added: “The body changes and gets used to driving a car. You can do all the training you want at home, the neck exercises, but the movement when you jump in a Formula 1 car… you can’t replicate [that] in training.

“It’s a shock to everyone’s body – you can be one of the fittest guys in Formula 1 or the world, but it’s still tough on the human body.”