Correa optimistic of return to driving in 2021 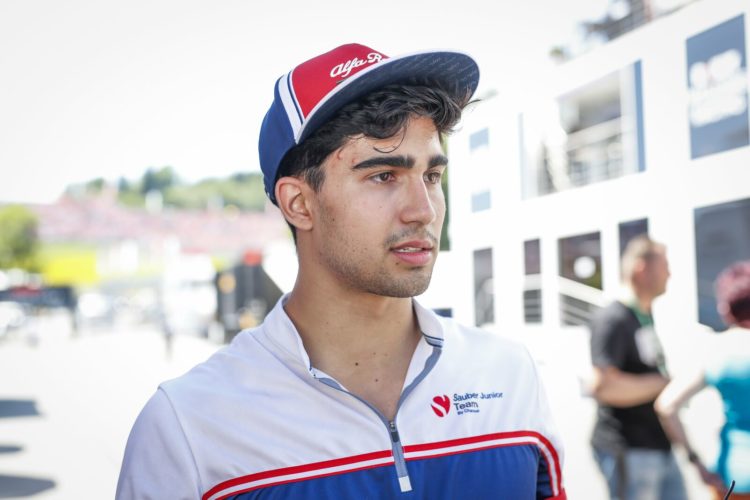 Juan Manuel Correa has expressed optimism that he will be able to return to track action in 2021, as he continues his recuperation following last year’s Formula 2 accident.

Correa, 20, sustained serious injuries in the crash at Spa-Francorchamps, Belgium, last August in which Anthoine Hubert was killed.

Correa spent two weeks in a coma, having developed lung complications, and when surgery was deemed possible he was given the option of his lower right leg being amputated, which was declined.

Having spent two months in hospital in London, where he was transferred from Liege, Correa was discharged in November in order to continue his recovery at home in Miami.

He recently participated in Formula 1’s Virtual Chinese Grand Prix in association with Alfa Romeo, having acted as its development driver last year.

“I never really got a solid prognosis, and it still is very step by step,” Correa told The ESPN F1 Podcast regarding his recovery.

“It was a long process and kind of at each checkpoint we would look at the next prognostic and what was the best outcome and the worst outcome.

“When I left the hospital in London, in November, they told me it would probably take me around five to six months until I would be walking on crutches again and using my left leg normally, because my left leg was banged up – not as bad as the right one, but it needed a lot of rehab.

“They told me that in their opinion if I could walk within one and a half years, to two years, that would be a good outcome.

“That was in the case that everything went OK with the leg and I could save the leg. There was still a lot to be done for that leg to be ready to walk.

“I was very blunt with them, I said ‘when can I drive again if I want to drive?’ They said not before two years, this was in November.

“Looking at how it has all progressed up until now, I think I will not be driving this November but probably sometime early next year, if everything goes well, so that’s still almost a year ahead of that prognostic the doctors told me.

Correa also revealed that Billy Monger – who suffered a double amputation in a Formula 4 crash in 2017 – had been a huge inspiration during his own recovery process.

“He was very much behind me throughout the whole process, he came to visit in the hospital,” said Correa.

“I felt with him we had a very strong connection because he knew what we both had been going through. He knew how it felt.

“He was a big inspiration because he’s actually racing again, so that’s my benchmark to say ‘OK I can do this and I can come back’, so that was very important.”