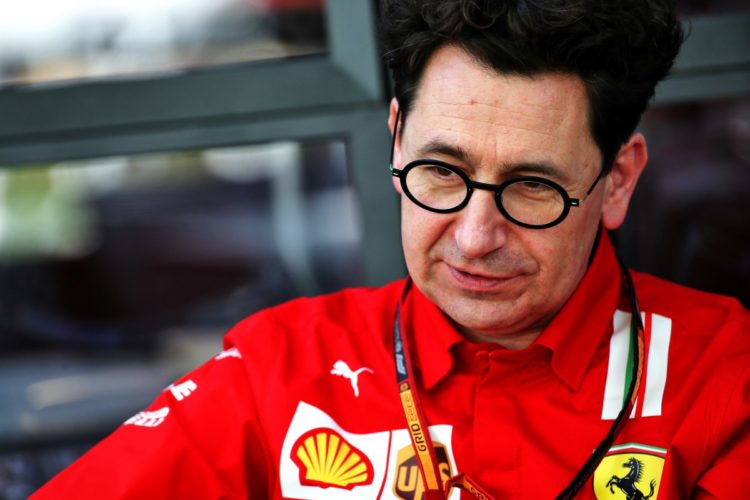 Ferrari has clarified comments made by team boss Mattia Binotto and asserted that the squad remains committed to racing in Formula 1.

Formula 1 is to introduce a budget cap of $175m from 2021 though this figure has been under discussion amid the ongoing coronavirus crisis.

Ferrari has been one of the primary opponents of a further reduction, pointing to the fact it supplies some components to other teams, while also working under different labour laws to most other Formula 1 operations.

In an interview with The Guardian, published on Wednesday evening, Binotto was quoted as saying: “It [a lower budget cap] cannot be attained without further significant sacrifices, especially in terms of our human resources.

“If it was to get even lower, we would not want to be put in a position of having to look at other further options for deploying our racing DNA.”

It was taken in some quarters as a threat to withdraw from Formula 1 should the budget cap be lowered but this was firmly denied by Ferrari on Thursday morning.

“We would like to clarify what Mattia said in his interview with published yesterday night,” Ferrari said in a statement.

“He never mentioned about Scuderia Ferrari quitting F1, on the contrary, he said that we would not want to be put in a position of having to look at further options, besides continuing racing in F1, for deploying our racing DNA, in case the budget cap would be even more drastically reduced, putting at risk hundreds of workplaces.

“The misunderstanding was raised by the misleading headline of the article which was published at first and was immediately corrected.”