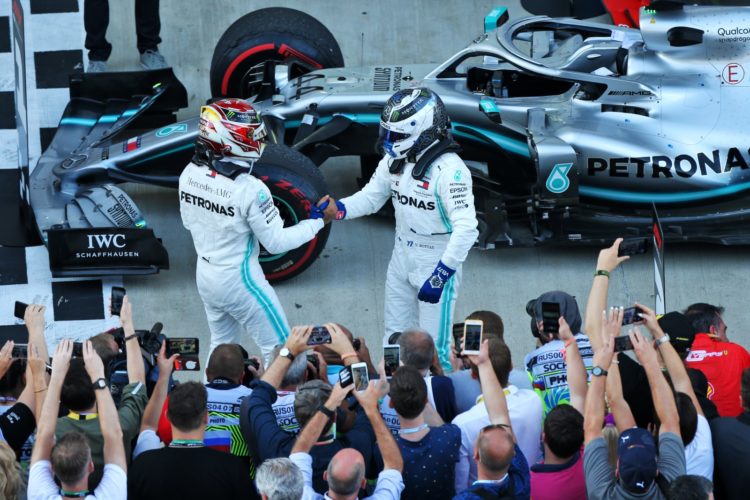 Formula 1 teams have donated memorabilia and experience opportunities that will be auctioned by Bonhams as part of a fundraising effort for the NHS Charities project.

Bonhams’ digital auction will run through April 29 and all charges are being waived by the organisation, meaning 100 per cent of proceeds will go to the NHS Charities Covid-19 Urgent Appeal fund.

Money raised in the auction will go towards funding well-being packs for staff and volunteers on NHS wards, such as food, protein bars, snacks, other refreshments and overnight stay kits.

NHS Charities’ money also goes towards the cost of travel, parking and accommodation for staff and volunteers.

Reigning World Champions Mercedes have donated two race suits for the auction, one worn each by Lewis Hamilton and Valtteri Bottas during the 2019 campaign.

McLaren has donated a race suit worn and signed by youngster Lando Norris while Racing Point has given Bonhams the overalls used by Sergio Perez during 2020 pre-season testing in Spain.

Williams has offered a VIP experience for two people at next year’s British Grand Prix.

This includes a tour of its factory and museum, behind-the-scenes access of its race operations during practice, weekend grandstand tickets, paddock access, full hospitality, pit lane walks, and a driver meet and greet.

Patrick Masson, Bonhams Managing Director for the UK and Europe said: “The NHS staff and volunteers are heroes to us all.

“We at Bonhams are honoured to host this initiative and to donate the skills we have at our auction house to support those who are working so hard for us on the frontline.”

The items are part of the BLUE Auction that features donations and pledges by sports teams, actors, musicians and artists, with a £100m target set by Bonhams.