Aramco deal worth more than $450m to Formula 1

by Graham Harris
A A
0 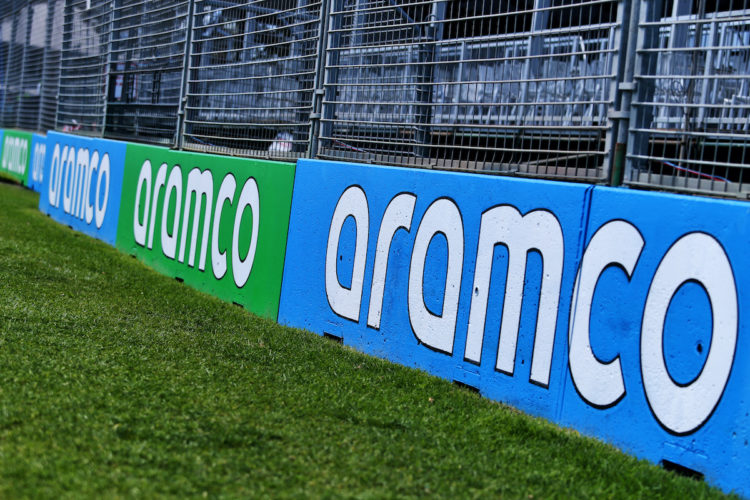 It is largely old news that Saudi Aramco, one of the world’s biggest oil and gas companies, has become a tier one sponsorship partner for Formula 1.

The largely state-owned oil producer, believed to be the world’s most profitable (not just oil) company’s venture into the sport is the first global sponsorship deal that the Saudi company has dipped its toes into.

But what has not been known until now is how much the deal is going to cost the mega-corporation which has investments and clients on a global scale.

MotorsportWeek.com now understands that Formula 1 will benefit to the tune of between $42m and $51m per year over the course of the ten year deal. What’s more, is that the deal was actually arranged by F1’s exclusive sports marketing agency, CAA Sports who are based in Los Angeles.

While Aramco was represented by multiple executives from the company along with a domestic Saudi sports agency, F1’s CEO Chase Carey was alone, front and centre during the 15 month courting period that the deal took to negotiate.

While the sponsorship deal does not fit into one of F1’s current partnership categories, Aramco nevertheless will be is designated as a “Formula 1 Global Partner”.

And before stories start to emerge that the deal was predicated on a quid pro quo of a Saudi Arabian Grand Prix, local sources in the Arab state say that the deal is a “purely a sponsorship investment” to raise the profile of the oil giant ahead of a possible further stock offering after its Initial Placement Offering (IPO) last December failed to achieve the $2 trillion company valuation that was initially envisaged.

As part of the global package, Aramco acquired the title rights to the US, Hungarian and the already postponed Spanish Grands Prix in 2020 – the races having been agreed before the current Covid-19 global pandemic. The deal also includes F1’s standard trackside branding at most grands prix and brand integrations across F1’s digital platforms and broadcasts.

It is understood that the choice of Formula 1 for their first sponsorship foray was based primarily on a desire to raise the global profile of the name “Aramco”. Objectives include brand awareness by leveraging F1’s global broadcast audience which brings with it fan engagement via F1’s own social and digital platforms. The added bonus of business-to-business entertainment and trackside hospitality didn’t hurt the package either!

Aramco has long-term ambitions for international investment and, as mentioned, last year’s IPO, which Aramco wanted to list 5% of the company’s stock failed from the outset. In the end the company had to settle selling just 1.5% on the domestic Tadawul Stock Exchange.