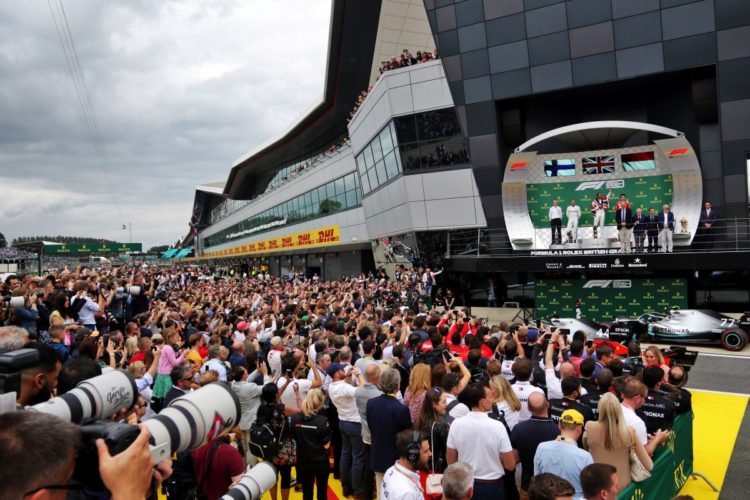 Silverstone says it has set a deadline of the end of April to decide whether or not this year’s British Grand Prix can go ahead as scheduled.

The ongoing coronavirus pandemic has affected sporting schedules across the world, with Formula 1 events up until mid-June’s Canadian Grand Prix either postponed or cancelled.

Organisers in Montreal are due to make a call on its event within the next 10 days, having imposed an Easter deadline.

Silverstone, in line with Motorsport UK’s directive, is closed for events until June 30, three weeks before the British Grand Prix is due to take place.

Other major sporting events in the summer have been postponed – most prominently EURO 2020 and the Olympics – while organisers of the Wimbledon Championship are convening today (Wednesday) to discuss its likely cancellation.

“Silverstone and Formula 1 remain in close dialogue regarding the ongoing situation and are assessing the feasibility of holding the British Grand Prix on 17th – 19th July,” read an updated statement issued on Wednesday.

“We fully appreciate that other UK sporting events in July have taken decisions regarding their events, but it is important to highlight that their logistics and sporting arrangements differ from Silverstone’s and, therefore, our timeline gives us until the end of April to make a final decision.

“The safety of our fans, colleagues and the F1 community will be our priority and we will continue to engage with the appropriate authorities.”

Silverstone has already confirmed that tickets will be refunded, or remain valid, in the event of a postponement or cancellation.

Formula 1 remains optimistic that a calendar of between 15 and 18 events can be arranged for 2020, with the possibility of extending the campaign into early 2021.

The sport has already reacted by delaying proposed new regulations until 2022 – in turn retaining the current chassis for 2021 – while the budget cap will remain in place.