F1 was ‘playing with fire’ at Australian GP – Ricciardo 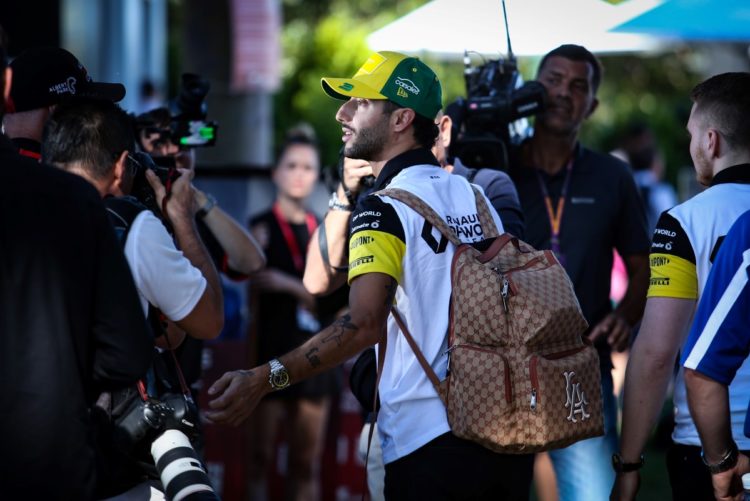 Daniel Ricciardo says Formula 1 was “playing with fire” when it was pressing ahead with plans to race in Australia, suggesting senior officials were incorrect to persevere for as long as they did.

The Formula 1 circus travelled to Australia for the season-opening round amid the worsening nature of the COVID-19 coronavirus outbreak.

Late on Thursday night in Melbourne a team member from McLaren tested positive for COVID-19 and the squad withdrew from the remainder of the event.

It took until 10am on Friday before the event was officially called off, with fans and personnel from the majority of teams having already arrived at Albert Park.

Formula 1 has since postponed all of its events through June’s Azerbaijan Grand Prix, with Monaco joining Australia in being cancelled altogether.

“I definitely had some tunnel vision because Melbourne is such a busy and chaotic race,” Ricciardo told Australian newspaper The Age.

“I hadn’t given too much thought to the whole corona situation but deep down I had some concerns. We were definitely playing with fire.

“You start replaying every interaction you had, who you spoke to, where you were … it was easy to get paranoid.

“Even a few weeks earlier we were all in Barcelona at testing, there were no restrictions, typically everyone has a cold at that time of year in Europe … your mind definitely wanders.

“Once we got closer to the race and when you saw what was going on with other sports like the NBA, I was definitely thinking ‘no, we absolutely shouldn’t be doing this.’”

Ricciardo swiftly returned to his native Perth, in western Australia, where he has remained since.

“We were all gutted that it didn’t go ahead and it was such a shame for everyone who works there, who goes as a spectator, for the people who wanted to watch it on TV, but it was 100 per cent the right call,” he said of the event’s cancellation.

“The Sunday, as in race day in Melbourne, was strange because I was home.

“It was around race start time on the Sunday and I had a moment where I thought ‘man, I should be in an F1 car right now’. It sucked.”