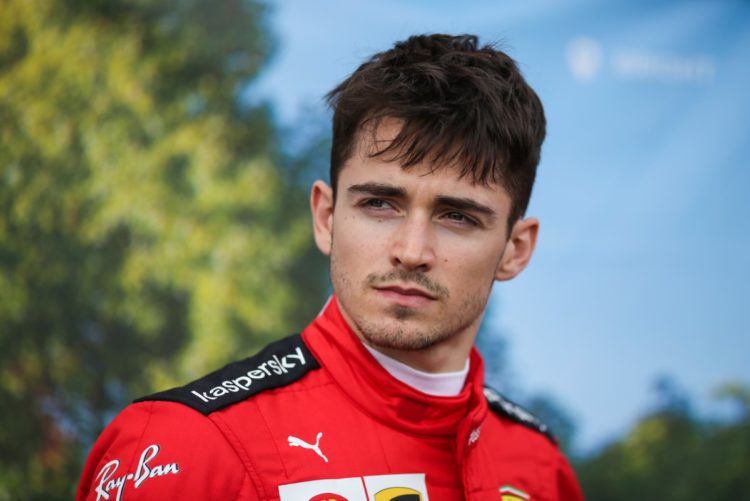 The Monegasque driver joined the Ferrari junior academy in 2016 and stormed his way to F1 after winning that season’s GP3 [Now FIA Formula 3] title and swiftly followed it up with the Formula 2 championship a year later.

Leclerc made his F1 debut with the Alfa Romeo Sauber team in 2018 and impressed Ferrari enough to replace Raikkonen for 2019, eventually going on to claim seven pole positions and two race wins during the campaign.

Speaking on the official Formula 1 podcast ‘Beyond The Grid’, the former Benetton and Renault team boss felt Ferrari wasted a season by keeping Raikkonen for 2018 – despite winning the US Grand Prix that year – and missed out on Leclerc’s potential earlier.

“Leclerc is young,” said Briatore. “[He has] big balls, because he’s demonstrating [that].

“I believe if I was at Ferrari, I would have put Leclerc already two years ago to replace Raikkonen, because, you know, with Raikkonen you are going nowhere.

“You’ll never win [anything] with him. You know at the time I would take the risk and put Leclerc [in the car]. Leclerc is a really, really strong guy.”

Briatore though says a lack of experience in a front-running car means he is not yet in the same superstar class as rivals Max Verstappen and Lewis Hamilton.

“Leclerc is not recognisable now,” added the Italian. “Verstappen for me is the more incredible driver. He is fantastic in the way he is overtaking, the way he is a gladiator.”