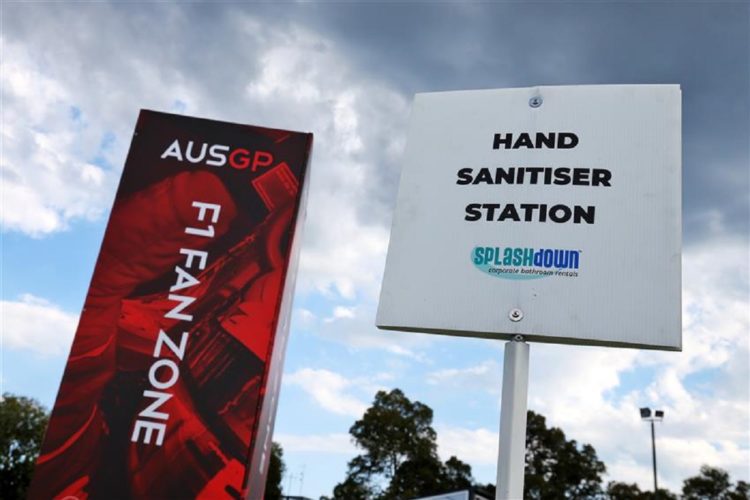 McLaren Racing have confirmed that an employee working at the Albert Park circuit for this weekend’s Australian Grand Prix is in self-isolation and is currently being tested for the Covid-19 virus.

A short statement released by the Woking-based squad in Melbourne on Wednesday evening revealed that an employee is being held in self-isolation after being tested for the virus due to displaying several early symptoms.

“We can confirm that one team member has self-isolated in the hotel as a precaution, in line with our policy, after showing symptoms similar to coronavirus,” read the statement.

“We are awaiting test results and currently do not have a definitive timeframe for these. The team is operating as per our normal schedule.”

A pair of employees working for rival team Haas F1 are also reportedly also in self-isolation after showing similar Covid-19 symptoms, with the usual 14-day quarantine period following across all three cases.

The Australian Grand Prix Corporation has also released a short statement regarding the latest development, confirming the organisation is currently “monitoring the situation”.

“The Australian Grand Prix Corporation has been informed of three Formula 1® team personnel presenting for precautionary testing and who are now all undergoing precautionary self-isolation,” said AGPC CEO Andrew Westacott.

“The AGPC is monitoring the situation in conjunction with Formula 1® and the FIA.”

The news is worrying for F1, who decided to push ahead with the Australian GP despite many other events throughout the world being cancelled as the Covid-19 epidemic spread further around the globe.

The Chinese GP-due to be held as the fourth round of the 2020 F1 campaign on April 19th– was axed last month as a result of the outbreak, which originated in China and has now gone on to infect over 115,000- and claimed the lives of approximately 4200.

The MotoGP season opener has now been delayed until at least mid-April after the cancellation of the Qatar, Thai and United States races, while several other large-scale sporting and festival events have also been canned.