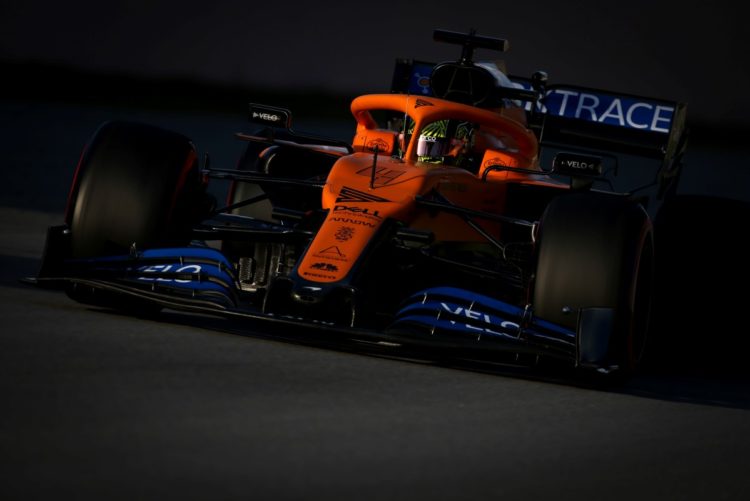 McLaren’s Lando Norris says the weaknesses of its MCL35 are “obvious” but conceded the team may be behind Racing Point’s ‘pink Mercedes’, in terms of overall pace.

On McLaren’s MCL35, Norris said: “I don’t think we know the real potential yet, we have a good understanding, there is plenty of things we need to work on.

“We have strengths and weaknesses, but the weaknesses are quite obvious to us so we need to work on them before Australia, before we can be very confident in ourselves.

“But there are other things we are confident in, made good progress in over the winter, so I’m reasonably happy with what I could achieve and from what we could achieve as a team. It’s just trying to progress.”

When asked about the order in the midfield group, Norris commented: “I don’t know what the midfield is anymore, because there’s one pink car which is very fast

“I don’t know what the idea and process is behind it and how everything has worked out so no point me saying anything which is incorrect, but they seem to have done a very good job, with whatever they have done.

“They are fast and yeah, I think they have set the pace for the midfield teams last year for just this pre-season testing, but it doesn’t mean we will go to Australia and they are going to be amazing.

“So yeah we have work to do to try and catch up them up a bit, but Australia is a very different story.”