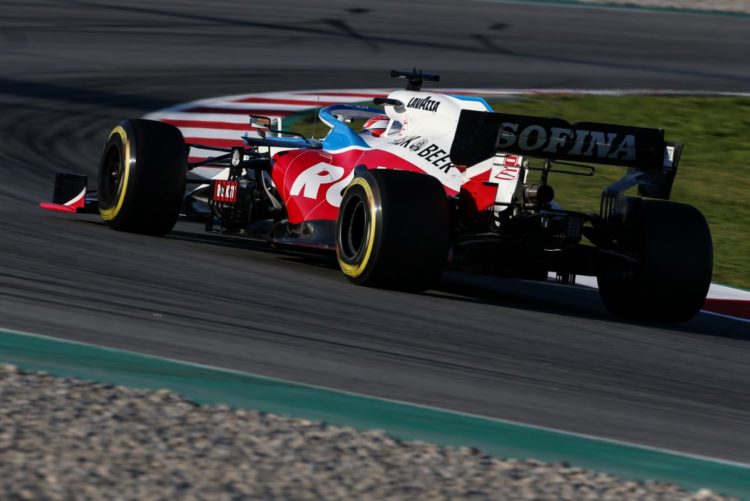 Williams is completely unrecognisable compared to two years ago, according to its deputy team boss, because of the structural changes it has undertaken.

Williams slumped to last in the 2018 Constructors’ Championship and delays in readying its car for the 2019 season prompted the team to undergo an overhaul of its operations.

Williams went on to finish a distant last once more in the Constructors’ standings but its 2020 car, the FW43, was delivered on time, and has already lapped Barcelona faster than the FW42.

“I think from the back of testing last year when we hit rock bottom, we took a full after action review, not just of car build but from the whole process of designing a race car, aero and taking it through to the design office and then build and manufacture of that car,” said Claire Williams.

“We have left no stone unturned to investigate how every step of that process works and made necessary changes where we needed to.

“There’s some headline areas that we focused on, which is putting a very comprehensive planning function in place.

“We have a planning team eight-strong that each individual is focused on to make sure they see a design through and aero right through to the end of the process, and a planning function is not something we’ve had certainly in that guise for a number of years at Williams.

“That was one of the major reasons we fell down in 2019 not even getting a car to testing.”

Unlike some of its Formula 1 rivals, who share resources with larger teams, Williams does not have a direct relationship that involves out-sourcing some components.

But it admitted that one takeaway from its early 2019 assessment was the need to reduce the number of parts it makes itself, due to the evolution of Formula 1’s technical regulations.

“We’re proud to make all of our parts in-house but when you’ve got such a complex set of technical regulations that means you need 26,000 odd car parts these days that’s not an easy challenge,” she said.

“We have restructured how operations work from a capacity perspective in particular, around shifts mainly, so we can actually map the capacity we’ve got and we can truly understand how long each individual part takes to make and therefore when you need to put it in the system to get it out the other end at the right time.

“You can sense the difference in the team. You can sense the greater level of communication across the departments and the spirit has always been there but it’s there more than I’ve ever seen it before.

“We have out-sourced some elements of our manufacturing this year in order to alleviate the pressure that has been put in the system.

“Unless you have unlimited budget, which we don’t, it’s very difficult to manufacture every single part in house which is what we have been trying to do and where we have fallen down over the past handful of years.”