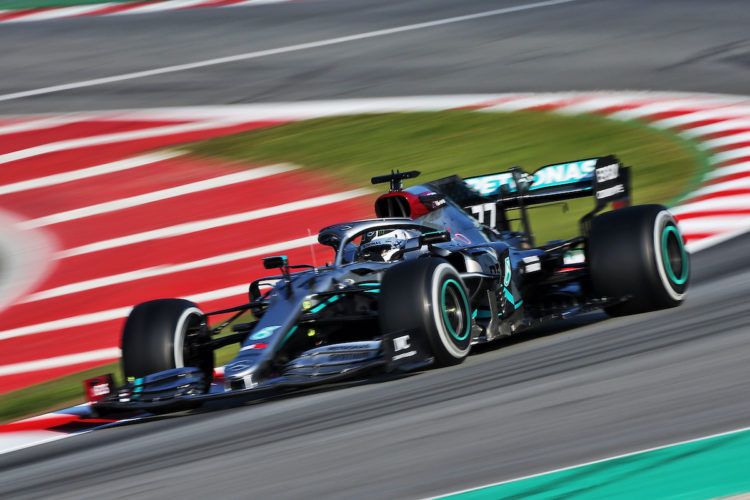 Mercedes’ Valtteri Bottas moved clear of the pack on the final morning of the opening Formula 1 test of 2020.

After Bottas’ session on Thursday was truncated by a sensor issue the Finn returned to action on Friday morning in the W11.

While Mercedes flexed its muscles up front Ferrari had a setback to its testing programme.

Sebastian Vettel came to a halt through Turn 12 just 90 minutes into the session due to an engine issue, and Ferrari was forced to undertake a power unit change.

He did not return to the circuit through the remainder of the session.

Vettel finished the session down in ninth place.

Bottas’ advantage at the end of the four-hour session was 1.370s, with Renault’s Esteban Ocon second and Racing Point’s Lance Stroll third.

Max Verstappen was the most productive driver through the morning session as he amassed 86 laps in the Red Bull RB16.

Nicholas Latifi finished at the foot of the timesheets and caused the second red flag of the day when his Williams FW43 coasted to a halt along the pit straight.