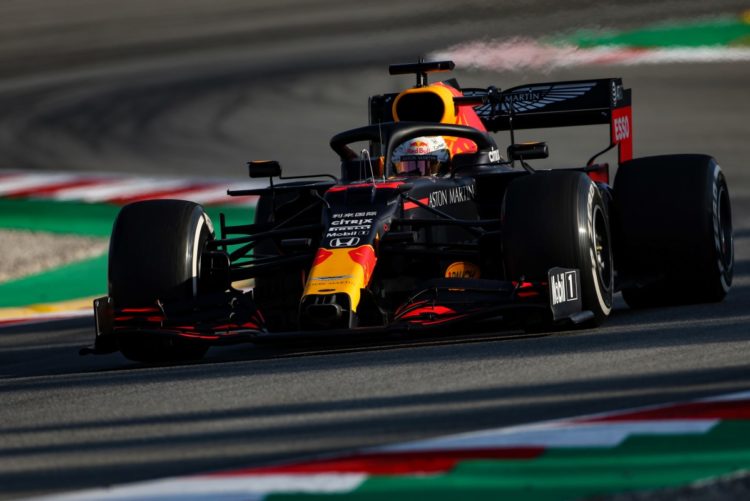 Verstappen carried out testing duties for Red Bull at the Circuit de Barcelona-Catalunya on Wednesday and finished fourth fastest.

Verstappen was also the singularly busiest driver as he completed 168 laps of the Spanish Grand Prix venue.

“It’s been a good day and the car has been working really well together with the engine,” he said.

“That’s what we want to see and that’s the most important thing.

“I’m very happy about that, we just want to learn the car, try things on the car and look through the data and see what we can improve.

“It’s been a long day, first time back in the car so of course your neck is going to be stiff.

“The car is faster everywhere, which is a good thing and the reliability seems even better. So that’s all very positive.”

Verstappen suffered two incidents at the chicane early in the afternoon – spinning upon entry once, and spinning through the corner on another occasion – but downplayed their significance.

“I touched once the gravel and that’s why I spun,” he said. “Then the other one at the same corner.

“Those things can happen when you are trying to see the limits of what the car can do.”