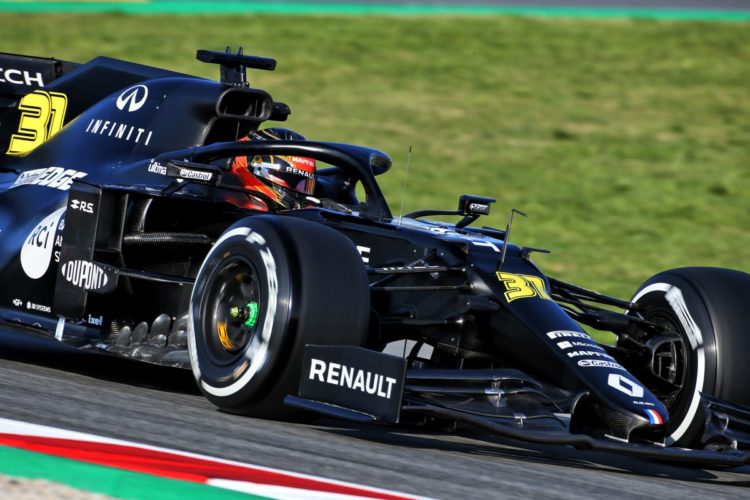 Esteban Ocon says he expects Formula 1 records to be regularly broken through 2020 after revealing his shock at the levels of grip offered by Renault’s R.S.20.

Ocon has returned to a full-time Formula 1 seat this year after spending 2019 as Mercedes’ test and reserve driver, following prior race spells at Manor and Force India.

Formula 1’s 2019 cars were considered among the fastest in history at several venues and the stability in regulations means this year’s packages are expected to be quicker.

The best laps set on the opening day of testing on Wednesday at Barcelona have already beaten last year’s corresponding session-topping times by almost a second.

“If you take in account the fastest lap time, we are already faster than the fastest last year from the first day,” said Ocon, who completed 62 laps on Wednesday morning.

“The car is evolving year-by-year, and it is hard to compare [to 2019]. The amount of grip I feel now I never felt before.

“I don’t know if it is the track. I drove on Monday on the filming day, and these new cars are impressive.

“I have never gone that fast in some corners before. So it feels good. It is definitely exciting because we are going to go faster and faster. We’re probably going to break all the records this year of lap times.”

On his first impressions of the R.S.20 Ocon said: “It is a good baseline that we are having at the moment, sometimes when you step in cars you think there is an issue that you are trying to solve the whole winter.

“There isn’t any kind of that at the moment.

“So it feels pretty healthy, but is only the first morning and we have to see how things evolve during the test.”

Renault’s R.S.20 is currently running in an interim test livery.