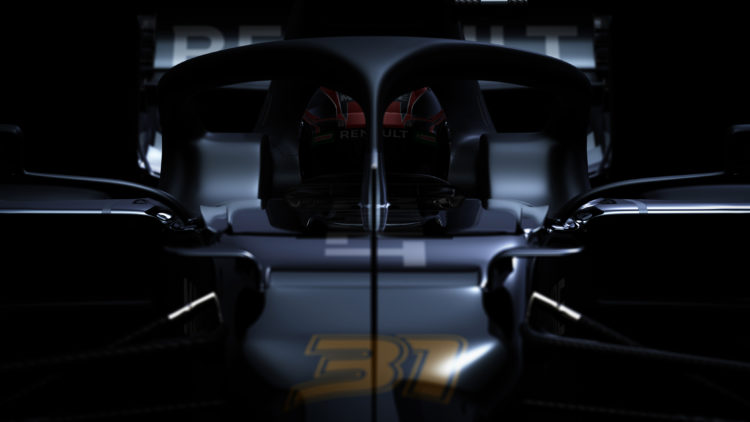 Renault has kick-started its 2020 Formula 1 programme with a launch event in the French capital, Paris, on Wednesday, as it revealed teasers of its R.S.20.

The renders were presented in a pre-season test livery ahead of a full-scale unveil next week.

Renault endured a disappointing 2019 campaign as its gradual upward momentum was halted, falling to fifth in the Constructors’ Championship, behind customer team McLaren.

Daniel Ricciardo is entering his second season of a two-year deal while Renault has recruited Esteban Ocon through 2021.

Renault entered last year hoping to close the gap to Formula 1’s top three teams, having improved from ninth, to sixth, and then fourth since its full-scale return as a works outfit in 2016.

But while it made year-on-year engine gains it struggled with its R.S.19 and remained deeply ingrained within the tightly-congested midfield group.

Renault regards the revised 2021 regulations as its main opportunity to break the stranglehold of Formula 1’s top three teams but has regularly stressed that it cannot afford to write-off 2020.

As a result of last year’s difficulties it has restructured some key areas within its technical team.

“This year, Renault will continue its very proud and long-standing history in Formula 1 into a new decade, our sixth consecutive in the sport,” said Renault Sport Racing President Jerome Stoll.

“2020 is a significant year in a number of ways. We aim to recapture the positive momentum from our first three years since returning to Formula 1 while preparing for next season, which will represent a new cycle for all teams.

“Having completed our initial construction phase, we are more determined than ever to be ready to attack and take advantage of the 2021 technical changes.

“I have every faith in the teams across Enstone and Viry to challenge once more for fourth in the Constructors’ Championship this year, plus ensure the coming era is anticipated successfully for both the team and Renault brand.”