The pros and cons of a Saudi Grand Prix 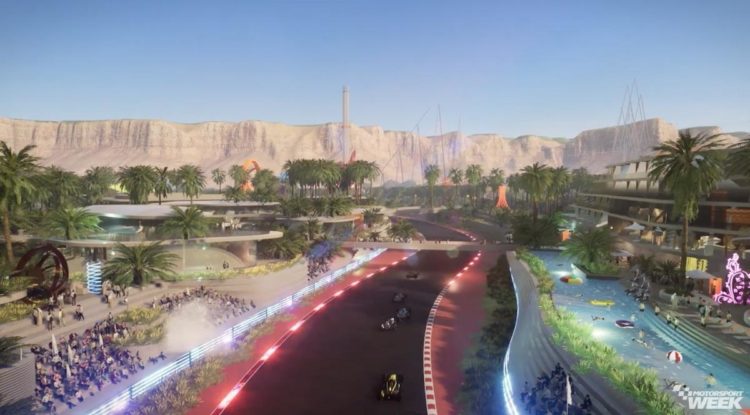 Formula 1 is always exploring new avenues for its showcase events, but their latest venture could prove to be the most controversial yet.

It’s been reported that a Grand Prix could be held in Saudi Arabia as early as next year, with the kingdom reportedly open to Formula 1’s demands of a $60 million annual hosting fee – which would be the highest on the calendar.

After the success of similar events in Bahrain and Abu Dhabi, which have helped to boost the tourism economy in both Middle Eastern countries – though they’ve not been without their criticism, particularly Bahrain which had to cancel a race over rioting – Saudi Arabia is likely to generate an even greater amount of criticism.

This article is going to explore the likely effects, positive and negative, of such a move.

A new experience for fans

The circuit is set to be like no other and that’ll surely offer fans something different.

The track will be surrounded by a state-of-the-art stadium where spectators are treated to unparalleled views of as much as six kilometers (3.7 miles) of the circuit.

Track designer Alex Wurz – who is also president of the GPDA – calls the arena a “thrilling on- and off-track experience” and refers to its unique elevation changes that make use of the beautiful natural landscape.

The stadium would be part of a world-class entertainment facility in Qiddiya, and will host a second portion of the track, known as the ‘city portion’, as well as a range of hotels, shops, and restaurants.

If that wasn’t enough, an open-air theme park (with the biggest and fastest rollercoaster in the world) will entertain fans alongside the circuit, all in front of a majestic mountain backdrop.

It all points to a revolutionary experience for race fans, and something the vast majority would be eager to see – though such efforts might detract from what fans want, and that’s a great circuit that delivers close racing, something that tends to escape modern circuits.

F1 becomes even more of a plutocracy

The deal is being pushed by the richest company in the world, Aramco. The Saudi government owned oil giant recently floated on the stock market, valuing it at an incredible $2 trillion.

Through its global sponsorship deal with F1, it plans to plough huge amounts of money into the attraction, with the annual $60 million a year hosting fee just a small part of it.

One consequence of this is it could see an increasingly plutocratic system being installed, where the rich owners get richer, keeping a large percentage of the funds within the higher echelons of the sport.

A recent report predicts that F1, already an expensive sport to take part in, will price out young drivers from normal backgrounds if the current trend of rising costs continues. Mercedes boss, Toto Wolff recently called for a stricter cost cap after recognising that young drivers now require millions in investment just to secure a seat in the lower junior formula.

Star driver Lewis Hamilton recently labelled the structure of the sport as ‘wrong’, criticising the decision to install a billionaire owner’s son as a driver ahead of a hard-working competitor.

If money continues to talk louder than merit in the sport, then the overall quality of a racing driver will surely decrease. Some wise decisions need to be made.

We all know about Saudi Arabia’s strict laws. Horror stories, such as the chopping off of hands for stealing and public executions have hit news headlines in recent years.

The country’s laws also extend to the absolute prohibition of alcohol, gambling and even trips to the cinema (although this has recently been relaxed), leading it to be known as one of the most restrictive countries on the planet.

F1, on the other hand, has 188BET as its main sponsor in Asia; an enterprise that literally depends on people gambling away their cash.

“By having its logo emblazoned all over its stadia and merchandise, the sport is directly helping to promote sports betting and online casinos, the two main selling points of the company. This leads to a dilemma.”

Will gambling-related sponsors be completely banned for the event, thus costing the sport a huge amount of revenue? Do the organisers run the risk of gravely offending the country’s 30 million-plus Muslim population by hosting a sport that actively promotes one of its major taboos?

An easy answer would be to say that the estimated $60m a year revenue would cushion the blow of any losses, and 188BET adverts will only be broadcast in selected markets, meaning Saudis may not see the logo anyway.

However, it’s still an extremely sensitive topic, which F1 bosses will have to make significant adjustments for.

The biggest concern about the deal is Saudi Arabia’s terrible human rights record.

F1 is not new on the scene in the Middle East, having held more than 20 races in Bahrain and Abu Dhabi: two countries known for their flogging and stoning punishment methods. Indeed, anti-government protests became so strong in Bahrain that its 2011 F1 edition was cancelled.

Saudi Arabia has come under scrutiny recently following the murder of journalist Jamal Khashoggi, an incident that was referred to as ‘state-ordered’ by the CIA.

This is backed up by Amnesty International denouncing the state’s ‘appalling record on LGBT and women’s rights, beheadings, and the ongoing conflict in Yemen’, a criticism that severely harms the state’s international reputation.

The FIA, F1’s governing body, have responded by stating that it is a non-political organisation, therefore implying that the sport shouldn’t be tainted with the same brush.

The state has also made efforts to present a more liberal image, with new laws allowing women to drive and more relaxed tourism regulations.

This political cloud still hangs heavy over the deal, however, and serious questions will continue to be asked of it from spectators, governments and human rights group alike.

As the argument continues to rage, the likelihood is that the race will go ahead as planned, by 2023 at the latest.

However, with such massive amounts of money involved, along with Saudi Arabia’s awful human rights record, there will always be controversy involved.

As such, the sport faces some huge challenges if it wants to preserve its reputation and not be known as a money-grabbing plutocracy.