Hamilton is ‘very good, but he’s not God’ – Verstappen 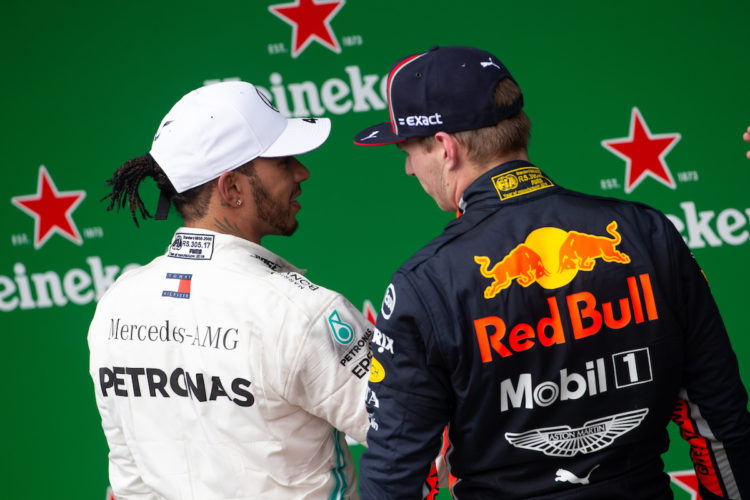 Max Verstappen believes Lewis Hamilton is able to appear more dominant than he truly is because he’s not under the same pressure as his fellow racers, which allows him to “drive at 97-98 per cent”.

Verstappen reckons the Briton – who became a six-time World Champion last year – would be vulnerable and would make more mistakes if Red Bull can produce a car to match the Mercedes and therefore give Verstappen the tools to truly challenge Hamilton’s dominance.

Asked if he could beat him, the Dutchman replied: “Yes. It is very car-dependent, of course.

“When you can put the pressure on, of course it is a lot harder for the guy in the lead. If you never really have pressure, you can drive at 97-98 per cent and you never make mistakes, or maybe one weekend out of 21/22.”

Verstappen is looking forward to going wheel-to-wheel against Hamilton more frequently in 2020 but defended his level of aggression, after Hamilton admitted he consciously gave the Red Bull driver more room than he normally would because of the reputation Verstappen has earned over the years.

“If you looked at Brazil, we just raced hard and very cleanly,” added Verstappen. “From my side, I know I race hard but it is because I always want to try to get the best result out of it, and I have always done so.

“But when you fight for a title it is a different mentality. We were not in that fight so you know you have a few races when you can possibly win so you try everything to win that.

“I am looking forward to when we get that fight and we are really close; I am pretty sure we can do better.”