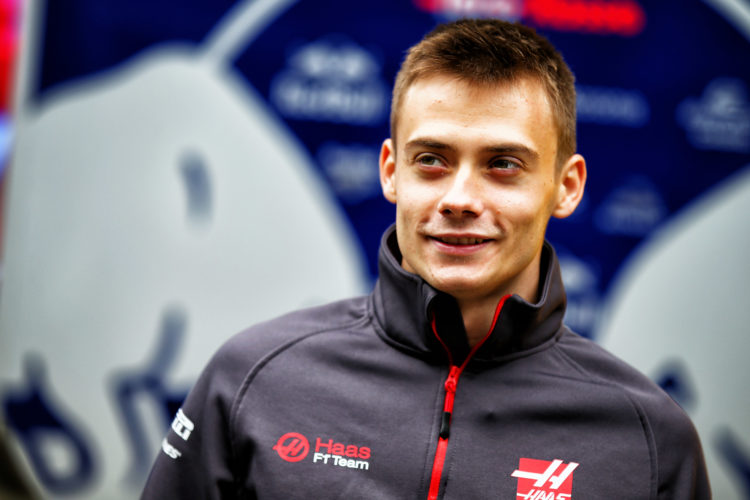 The #3 Rebellion R13-Gibson, which made an appearance at the Silverstone season opener but has been absent since, will be driven by Delétraz alongside the returning Nathanaël Berthon and endurance veteran Romain Dumas.

Delétraz, 22, tested the team’s LMP1 machinery at the Rookie test at the Bahrain International Circuit and is aiming to combine his new sportscar programme with the 2020 FIA Formula 2 Championship.

“As a Swiss driver, I’ve known Rebellion for a long time and I was very happy to get the surprise call to take part in the rookie test. That went very well and I loved the LMP1 car straight away,” Delétraz said. But to now get the opportunity to race the car at Spa and the 24 Hours of Le Mans is simply amazing. Le Mans in the race that everyone dreams about and I’m no different!

“To make my endurance racing debut at the age of 22, with a prestigious Swiss team like Rebellion, and in a car that has a chance of challenging for victory is extremely special and I thank Rebellion for giving me this opportunity and trusting in me.”

The Swiss youngster joins an experienced pairing in Dumas and Berthon. Dumas, who competed in the 2019 edition of Le Mans with LMP2 outfit Duqueine Engineering, won the French endurance classic three times, two of which were overall times. Berthon has six Le Mans starts to his name, including a 2019 campaign with Rebellion.

“For me, it’s a great driver line-up for my debut. Romain is the king of endurance racing and Nathanaël also has lots of experience,” Delétraz continued. “I have been racing for a number of years but I don’t have an endurance background.

I’m confident I will have the speed in WEC but it will be a great help to have the other guys to give me some advice about the other requirements in LMP1 racing. We know that you don’t win an endurance race on speed alone. You have to be clever.”

Alexandre Pesci, president and owner of Rebellion Racing said: “We are happy to trust Romain Dumas after our journey and success in the Dakar; to keep on working together seemed obvious! He will be a great help alongside his young team-mates thanks to his experience at the 24 Hours of Le Mans.

“We also support our young and talented Swiss driver, Louis Delétraz for his very first participation in the famous Le Mans race! We also hope that Nathanaël Berthon can fully express his talent in this 88th edition.”