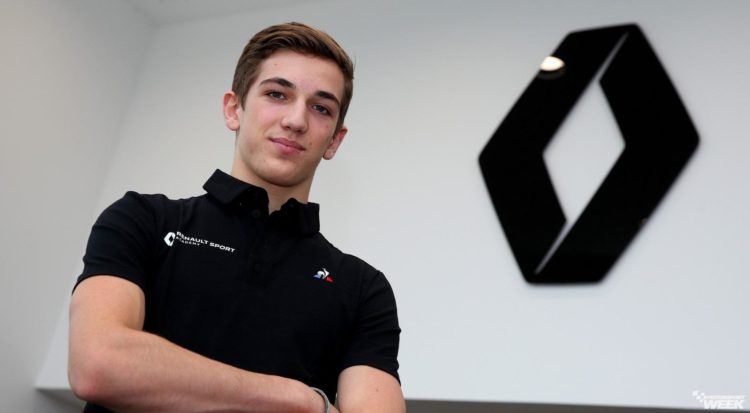 David, 15, became the youngest driver in history to claim an FIA-backed Formula 4 title in his native France last season.

David joins Oscar Piastri at Renault’s scheme, with the remainder of the manufacturer’s young driver line-up set to be revealed on Tuesday.

David will make the step up to Formula Renault Eurocup with MP Motorsport for 2020.

“It’s a dream come true to join the Renault Sport Academy on the back of my French Formula 4 title triumph last season,” he said.

“I can’t wait to be wearing Renault team colours in 2020 and competing in the Formula Renault Eurocup – a championship I’ve been watching since I was young.

“It’s going to be a very competitive series, and I’ll be the youngest driver on the grid too, but that’s a challenge I’m looking forward to taking on.

“It’s going to be great having the Academy’s support and I’m sure we can achieve good things this season.”