Ferrari breaks with tradition to launch 2020 car in Reggio Emilia 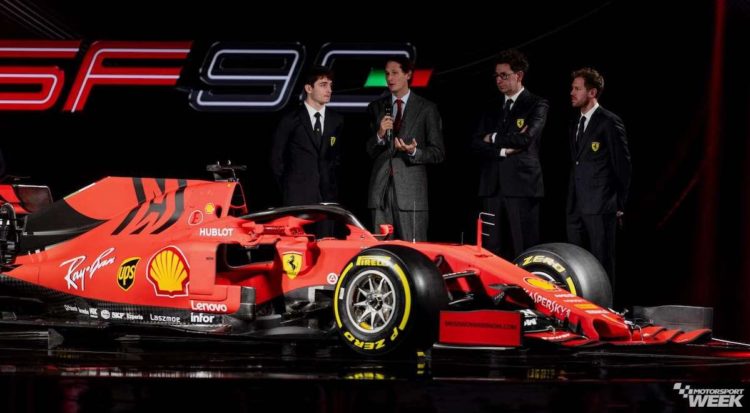 Ferrari will break with tradition by launching its car away from its Maranello base, instead choosing to unveil its 2020 challenger in Reggio Emilia.

The Scuderia almost always hosts its launch at the team factory in Maranello or its adjoining test facility, but this year the car, which goes by the title ‘Project 671’, will be unveiled in the nearby town of Reggio Emilia, in the historic Romolo Valli Municipal Theatre on February 11.

Ferrari has also confirmed it will be an evening event which will be streamed across its platforms at 18:30 local time (17:30 GMT).

“We have chosen Reggio Emilia, because 223 years ago, this city was where the tricolour was born and later adopted as the flag of unified Italy,” the team said in a statement.

The car will likely undergo a shakedown – officially a ‘filming day’ – in Fiorano before official pre-season testing gets underway at the Circuit de Barcelona-Catalunya on February 19.

This year only six days of pre-season testing have been permitted, rather than the usual eight.