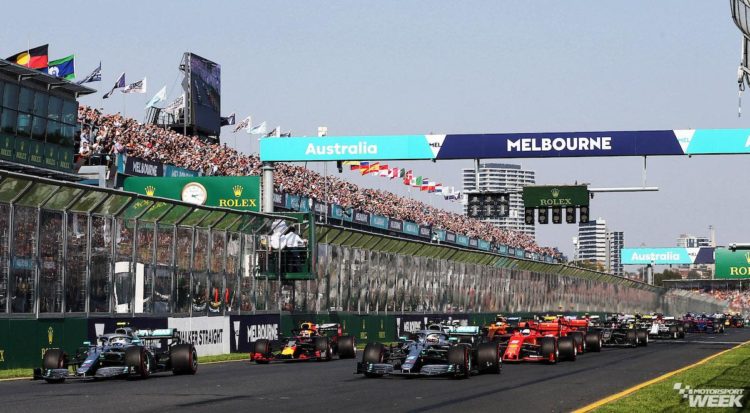 Formula 1 has launched an auction to raise funds which will be donated to four charities which are actively fighting and dealing with the impact of the devastating bushfires in Australia.

Whilst the fires have been dampened by recent storms, more than 80 blazes are still burning across New South Wales and Victoria.

Since September the fires have killed at least 30 people, destroyed over 2,000 homes and burnt through 10 million hectares of land, which is equal to an area almost the size of England.

It’s estimated that over a billion animals and tens of billions of insects have died as a result of the fires.

Up for auction will be exclusive items, signed merchandise and amazing ‘money-can’t-buy’ experiences.

Among the many items already generously donated are the racing gloves and shoes used by Daniel Ricciardo during his first season with Renault, the helmet that Kevin Magnussen will use at the Australian GP in March as well as race suits from Alexander Albon, Max Verstappen, Romain Grosjean and Daniil Kvyat.

Team factory visits are on offer from McLaren and Renault, and there’s a chance to train with the Renault Sport Academy and a Paddock Club Experience courtesy of Pirelli, to be on board of the FIA Safety Car for a hot lap at the Albert Park Circuit in Melbourne and to visit the Race Control Room during the Australian Grand Prix and have dinner with Ross Brawn, Managing Director, Motorsport at F1.

The auction runs from January 22, to February 9 for experiences and 16 February for products and merchandise.

To learn more, head to https://www.f1authentics.com/.