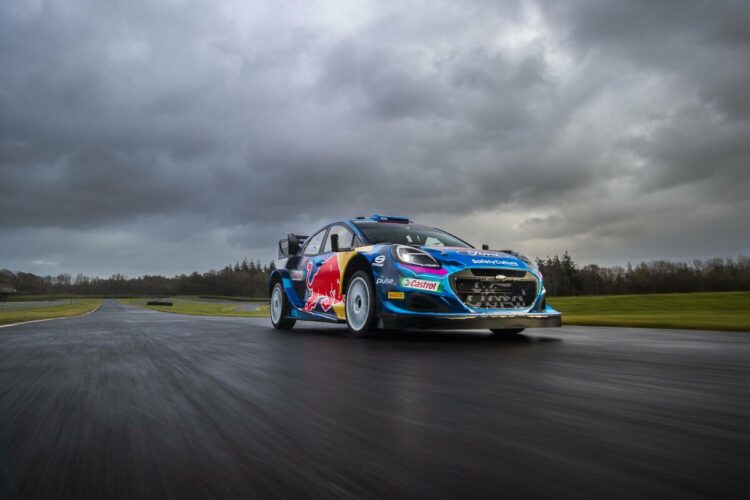 M-Sport have taken off the covers of their 2023 Ford Puma Rally1 machine that will be driven full-time by Ott Tanak and Pierre-Louis Loubet.

Tanak joins the squad after leaving the Hyundai team after last season and will be the spearhead of M-Sport’s assault on the championship this season. Loubet gets a promotion to a full-time ride after completing a seven-round campaign in 2022.

There will be a third car at select rounds of the season with privateer, Jourdan Serderidis electing to compete at Monte Carlo, Mexioco, Sardinia and Kenya. There is also a question mark over Sebastien Loeb’s plans for the season as there is currently no deal in place.

The new Puma also features more prominent backing from RedBull which sees the purple of last year taken over by some blue and pink flashes. Another benefit of the increased backing is that Tanak and Loubet will be inducted as Redbull athletes.

Serderidis will also adopt the new livery for the Monte Carlo round instead of his usual colours.

The team statement reads: “Inspired by synthwave music, and maintaining its electrified look as a nod to the hybrid era, 2023’s livery features neon bolts of vibrant pink and electric blue across a canvas of the iconic Ford blue,”

“The team takes the success of 2022’s stunning livery and takes it one step further, hoping to make an impact in both colour and performance in 2023.”

The car will make its debut in Monte Carlo this weekend for the World Rally Championship opener.